Nina Dobrev is Sick but Ian Somerhalder is Not Getting Her Through It! (Photos) 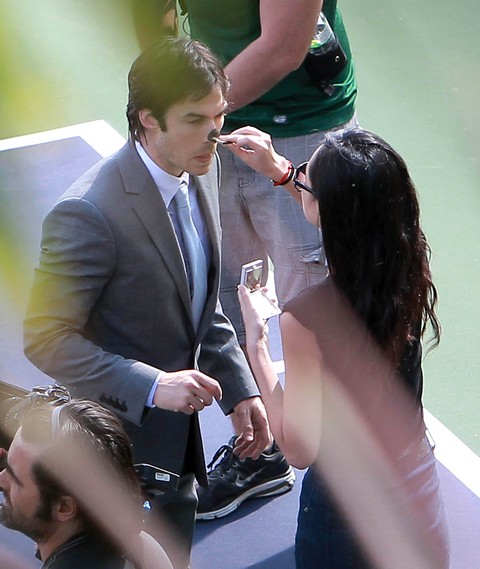 One of the hottest couples out there right now is Nina Dobrev and Ian Somerhalder. The Vampire Diaries’ costars heat up the screen each week but also have been together for well over a year now. Originally they hid their love affair from the press but now it’s pretty common knowledge that at least for now, they’re the real deal.  After picking out a Christmas tree together earlier in the week Nina is now curled up in bed, sick with what seems to be a pretty bad version of the flu.  She has Tweeted about it over the last few days and surprisingly enough, her man isn’t been the thing to pull her through the sickness!

“Thankful for @netflix, its the only thing getting me through this flu. Countless hours of amazing movies…almost makes me forget I’m sick!  Sleepless In Seattle ! And earlier I watched THE PROFESSIONAL – I mean, come on Natalie Portman. I worship her…I think I’m going to watch BLACK SWAN next.”

While Nina is down for the count, Ian is still busy with work so don’t worry Vampire Diaries’ fans, all seems to be just fine between the couple!  I’m not sure if they’ll be spending Christmas together though. Nina has been pretty vocal about her long-standing holiday trip. Her family sacrificed a lot for her growing up and helped her to achieve her goals and so she repays that by taking them all to the Rockies over Christmas to snowboard. Betcha Ian gets an Invite too!

Are you a fan of the cute pairing of  Nina and Ian?  Would the Vampire Diaries be the same without their characters? Tell us your thoughts in the comments below!