Octomom Kids Starve While She Pampers Herself With Their Welfare Money 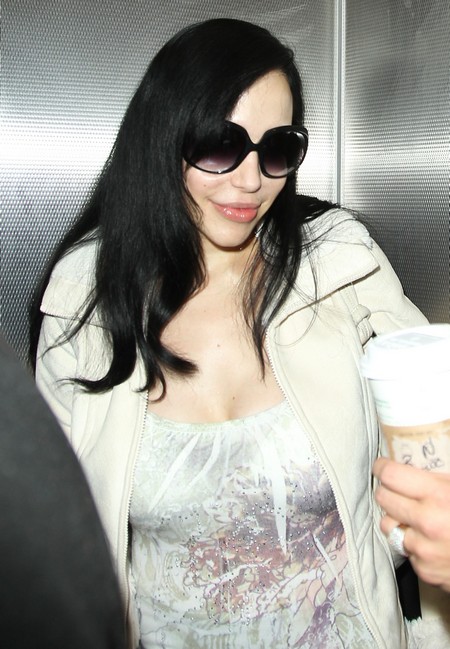 Nadya Suleman is one of those mothers that makes the rest of us mothers want to throw up.  Seriously.  California taxpayers that help hand her $2000 a month in food stamps will certainly appreciate this: Last week, Suleman wrote a check for $520 for- get this- a Brazilian Blowout, two haircuts and a few hair products!

I know EXACTLY what you’re thinking.  If you can’t buy your own food, how can you pay that much for nonsense?  Or better yet, if you can spend that much on nonsense then why the heck are taxpayers footing the bill to help feed your kids?  Speaking of those kids, they are sitting in squalor according to the woman that Suleman paid the $520 bucks to.

Stephanie, the stylist, went to Sulemans’ home on April 18 and decided to go to the police yesterday to report the conditions that she witnessed. The plumbing wasn’t working and Suleman was unhappy about the $150 it would cost to get it fixed so she declined doing so.  Only one bathroom in the house is working so potty chairs have been set up outside for tots that can’t wait to go!

Law enforcement spent hours with Suleman and somehow left her without custody of the kids!  Even Stephanie’s cell phone pic of a chair being used to help keep those kids locked in their room wasn’t enough to have them removed.

TMZ reports that the case was handed over to the child protective agency to follow up on.  Should Suleman have custody of ANY of her children?  Tell us what you think in the comments below!