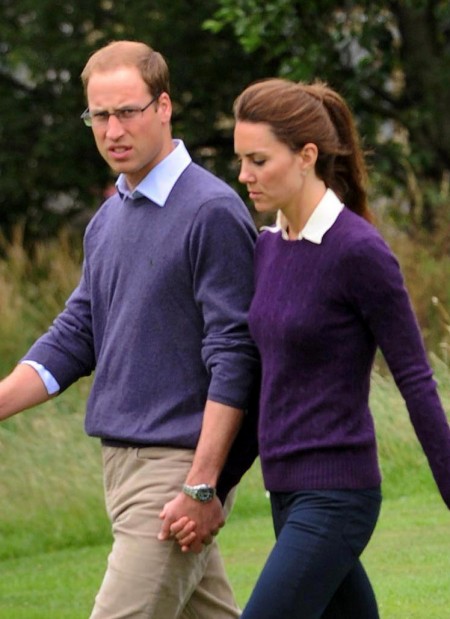 After the devastating betrayal of having their honeymoon photos splashed on the cover of an australian magazine, it’s safe to say Prince William and Kate Middleton have become even more paranoid about their privacy. Because it turns out the couple thought they had dealt with all the snitches in the lives when they found out their close friends were remaining loyal and not behind the leaked stories that hit the tabloids every day.

Tom Sykes of The Daily Beast reports that Kate and Will’s friend,  Tom Bradby, said when the royal couple found out that their phones were being hacked it “restored their faith in human nature.” That sounds backwards, doesn’t it? The nervous couple let out a sigh of relief when they realized their inner circle wasn’t feeding the tabloids all their personal information. It was just some good old-fashioned phone tapping.

Bradby was the reporter who interviewed Will and Kate after their engagement was announced and he was the one who alerted William that his phone could be hacked in 2005. This all contributed to the News Of The World scandal that ultimately doomed the newspaper and led to the imprisonment of the paper’s royal editor Clive Goodman and the private investigator Glenn Mulcaire.

“It was the real bane of their lives,” he said. “Since then it’s all stopped and they’ve realised that their friends, and even casual acquaintances, are not betraying them and I think it’s made a huge difference to their lives. In fact people, if anything, put up a protective shield around them and I think that’s been great for them. I think they found that very heartening and I think in some respect it’s helped restore their faith in human nature.”

Apparently, Bradby said William and his brother, Prince Harry are “in the business of constant mistrust” and obsess “endlessly” about leaked stories. This puts the leaked honeymoon pics in a different light. Prince William really must have been freaking out about them since he thought he had all his bases covered. I always thought Kate was the one wound the tightest in that relationship but I bet William isn’t that far behind. I can’t blame him. It’s got to be tough knowing anyone that talks to you can make thousands off of selling the tiniest bit of information. I once heard that William plays this game with new friends to tell if they can be trusted. He  gives away false information on purpose to see if it makes its way in to the tabs. If it does, he ditches the person, if it doesn’t, he knows he can trust them. It seems like A LOT of effort to go through, and a bit psycho, but he must think it’s worth it.

But this makes me think. A lot of the times I figure the leaked stories are garbage but some of them must have more truth to them then I was willing to give them credit for if they cause the Princes so much stress. So is Will and Kate’s sex life on the skids? Is Will growing tired of married life? Is Kate’s Middleton’s weight the reason why there’s no royal baby belly? Only time will tell!

Do you think all the Kate and Will stories have some basis to them or is Will just growing paranoid in his old age?