Paris Jackson Responds to Jackson Family Feud: ‘Too Much Hate Inside Me to Bear’ 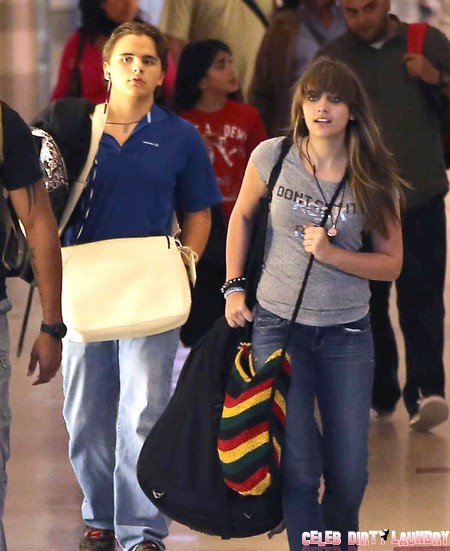 Last night, we discovered Paris Jackson’s Formspring account. For those of you living in caves, Formspring is a site that allows users to ask questions of each other, anonymously or after they’ve signed up as a user.

Celeb Dirty Laundry also reported Paris Jackson’s response to the (dumb) question, “Who is Michael Jackson?” Well, after going through some of her history, we are finding lots of juicy tidbits about her relationship with her family. And, I have to say, Paris is incredibly mature!

Yesterday she was asked, “Be honest do you hate your aunt Janet, just be honest because I think you do.And all your uncles I know you hate them to.”

Paris, who is only 14-years-old, gave a mature and diplomatic response. She replied, “i don’t hate them . they are blood and i love them . if i spend my whole life holding grudges and not being forgiving , i will have too much hate inside me to bear . what they have done is wrong and made me very angry but that does not give me a reason to hate . hate is a very strong word.”

It sounds like, despite his early death, her dad managed to instill in her a sense of responsibility and taught her the damage of hate.

Paris also responded to the question, “Is it true that your Aunt Janet slapped you, called you a spoiled little b***h and tried to take your phone? How horrible.”

She answered, “she tried taking my phone but there was no physical violence or foul language involved.”

Well, there you have it folks. Straight from the horses mouth. The worst Janet Jackson did was to try to take Paris’ phone . . . I wonder the circumstances in which she tried and failed . . .

I have to say, Paris and her siblings have been through a lot since their dad’s death. Teenage years are never easy, especially in the spotlight, but Paris seems wise beyond her years, and has an incredible way of separating hateful actions from the people who do them. It will be interesting to see what she does with her life!