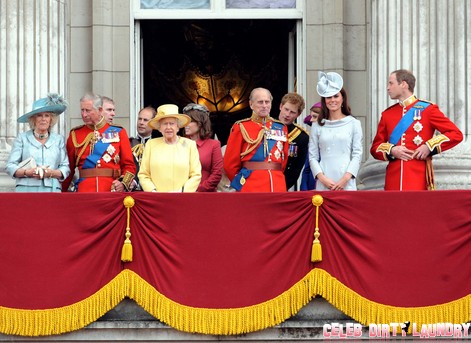 Prince Charles has never been a popular figure in the modern monarchy. First came the Princess Diana scandal, and then came his marriage to that horse head Camilla Parker-Bowles. Unfortunately, Prince Charles has never, ever been a winner. He is to the Royal family what Bruce Jenner is to the US – both are undeniably scandalous, and in the end, no one really cares about them or their random scandals.  A new poll was recently released that showed a massive decline in public support in the UK for Prince Charles. Only 21% of people polled named him among their top three favorite members of the Royal family. It’s no surprise, really, especially if you take into account how well his son, Prince William, and daughter-in-law, Kate Middleton, have been doing in establishing a modern monarchy.

Charles, of course, went on a decade long PR spending spree to clean his image up and make him a squeaky clean man of the people, but unfortunately, his ten years of trying to be a presentable figure in the modern monarchy failed more miserably than a Russian heat wave. In 2001, Charles’ ratings were 38%, so that’s a 17% drop in a decade without scandals and/or terrible public appearances. Charles was, however, struck with another blow against his rep during the recent polling, when his wife, Camilla, was named as the favorite royal by only 2% of the polled public. That’s 98% people who dislike her. If we were you, Camilla, we’d already have left for France – they’re much more accepting over there.

On the other side of the family, Prince Andrew’s popularity imploded from 10% to a measly 2% in the wake of the scandal over his friendship with pedophile Jeffrey Epstein, a multibillionaire who was convicted of solicitation of a minor and sentenced to 18-months in prison. Prince Edward received the lowest scoring of all of the Royals, and dropped from 4% in 2001, to a pointless 1% in the recent poll. Prince William, on the other hand, ranked as one of the most popular royals ever with a staggering 62% favorability, while his wife came in at 23% favorability. The head honcho, the Queen of England, received 48%, while his brother, Prince Harry, received 36% in the nationwide poll. Prince William is also the highest ranked royal in the history of the 1984-born poll. If they ever planned to change the laws of succession, now would be the perfect time!  Ipsos Mori director Roger Mortimore, professor of public opinion and political analysis at King’s College London explained the results of William’s popularity, “A lot of people would like the idea of William succeeding straight away. He is young and good looking. I think young people can see something of themselves in William and Kate. They can see the monarchy looking more modern than it did beforehand.”

The financial gains of the Royals have also been a long disputed issue in the UK, and according to this poll, 52% – more than half the people polled – agree that “the royal family should not receive as much money as it does” in relation to the £31 million The Queen received this year for her official duties. Six in ten people in the UK believe the monarchy will still exist in 50 years, while 42% believe the monarchy will survive for another century. Professor Mortimore concluded, “After a rocky period in the Nineties, public support for the monarchy and the Queen now looks as strong as it has been for many years. Most of the public now expect the monarchy to survive well into the future and that is probably the best guarantee that it will do so.”

Who is your favourite of the bunch? Let us know your thoughts in the comments below.