Who Is Latest American Idol To Join New Glee Season 4? 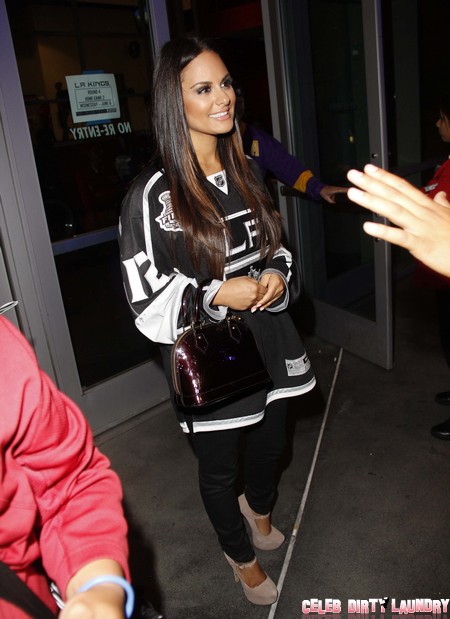 Jessica Sanchez is currently in negotiations to appear on the 4th season of the super popular Glee. The new season’s rumors are wrapping up and Ryan Murphy is wallowing in his imagination. It is almost that time of year again, when the season premiere explodes with vocal prowess and quirky pop culture references.

The news recently broke that ex-American Idol contestant Pia Toscano is rumored to be closing in on a guest-starring gig on the show. Toscano had a fairly average run on Idol and became known as the season 10 balladeer. Her voice was exquisite, but poor song choice led to a general viewership malaise and the singer was kicked off the show too early. Fans of Toscano switched off in their droves and refused to watch the rest of the season. Technically, she was the best singer of the season, but her song choice became average and numb. Her boot from the show was seen as the “most shocking elimination” in the history of Idol.

Hey, who needs American Idol, right? Take a look at how far the exquisite Haley Reinhart has come since her exit from the show. What about Jennifer Hudson and her Academy Award winning career?

Toscano has had a gig on Dancing with the Stars and dated Mark Ballas for a while. She has also signed a record deal. Toscano has no acting experience, but an insider told E! News that she has already read a role for the show and “they absolutely loved her.”

The 4th season of Glee is quickly becoming a powerhouse of celebrity guest stars and it seems Ryan Murphy is heading for the Idol route – having recently signed ex-Australian Idol Dean Geyer to the show. Jessica Sanchez, Pia Toscano, Sarah Jessica Parker, Kate Hudson and several other names have been dropped as the faces for the new season. We’re caught in a loophole of trying to disprove these rumors, yet we anxiously want these rumors to be proven true. Glee requires a re-boot in terms of familiarity, after the plot miserably deviated from what viewers knew well. The show became a farcical conundrum in the second season, but luckily ended with a climactic and heart breaking finale in the third season.

It seems to us that Ryan Murphy is trying to create new story arcs to not only appease the masses, but also to win over non-fans and critics of the show. Familiar names draw viewers, yet Glee was able to create one of the most popular television worlds without having to revert to casting familiarity. The actors and characters became attached to the fans and their popularity grew with the show. It is only now, in its 4th season that Glee requires a more universal and Hollywood-esque appeal in order to pull in new fans. Look at what Gwyneth Paltrow did for the show with her short story arc…

Well, we’re excited about these rumors. What about you? Let us know in the comments below.