Poor Kristen Stewart, No One Wants To Be Her Friend Now 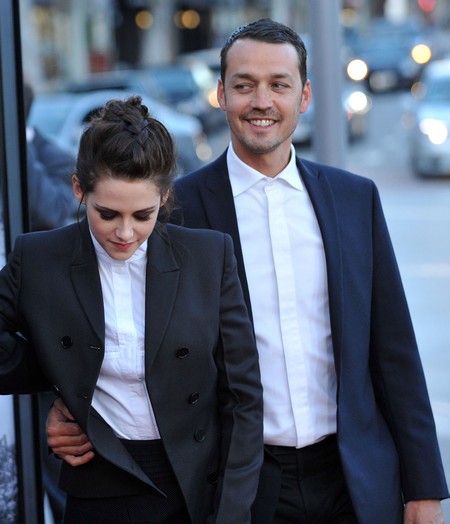 Obviously Kristen Stewart didn’t realize she was going to get caught red-handed in the arms of her Snow White and the Huntsman director, Rupert Sanders, because if she knew better, she’d still have friends and boyfriend, Robert Pattinson.

Stewart, 22, put herself into this situation but didn’t expect to go through it all by herself. While her now  ex-boyfriend Pattinson, 26, has been reportedly leaning on friend Katy Perry, Stewart is without anyone. Unfortunately, it seems that her friends were all only Pattinson’s friends before the two were a couple. Stewart’s previous relationship with Michael Angarano ended due to Stewart falling for Pattinson.

Kristen apparently became very close with Rupert’s wife, Liberty Ross, while she did the dirty hula with Ross’ husband during the filming SWATH, but for obvious reasons that relationship is destroyed in the aftermath of the affair as well!

So tell me, why doesn’t Stewart have any girlfriends to lean on? Maybe it’s because she is perceived as one of the guys. Stewart can no longer count on her major friend from SWATH, costar Charlize Theron. Theron herself is said to be upset too by this whole affair. Stewart and Theron were said to have formed close relationships and thought of each other as a type of sisterly relationship. Since the affair Theron is torn since she struck up a friendship with Ross also.

Let’s hope Stewart’s costars in the Twilight franchise are on team Bella. But let’s not bet on it. Can Stewart count of Taylor Lautner (Team Jacob)? Good thing they are done filming this series, now it comes down to the awkward red carpet, although we can all guess that they won’t be their together or maybe one or both will cancel.

Clearly there is no winner here. Pattinson lost someone that he clearly adored, whatever anyone will say. Stewart lost her whole world in a matter of minutes, but no matter what somebody is going through, good or bad, you always need a friend to lean on.