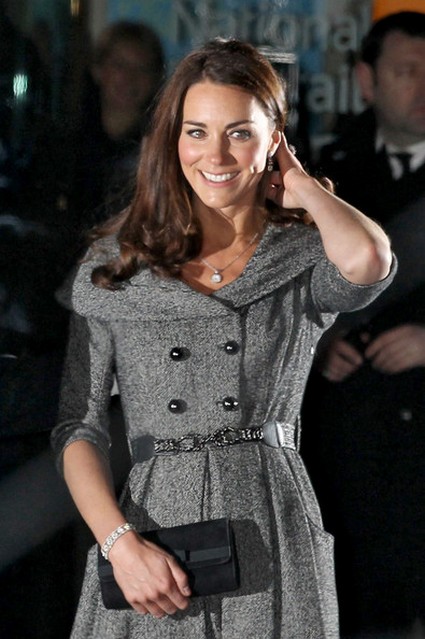 Kate Middleton will enjoy the most exclusive tutoring in the world as Queen Elizabeth II has taken it upon her royal self to help Kate learn the ropes when it comes to her royal duties. While her husband, Prince William, and her brother-in-law, Prince Harry have received top notch Royal Air Force training, Kate is going to get some helpful hints from the monarch herself.

Prince William flew off to the Falkland Islands February 1, leaving Kate Middleton earlier than expected. William’s deployment is part of his training as a Royal Air Force (RAF) search and rescue helicopter pilot and its timing came as a bit of a surprise to Kate. This separation will be the longest that William and Kate since their wedding in April 2011 but Kate is “very supportive” of her husband’s military service and had been preparing to function independently.

While Prince William is serving in the Falklands Kate’s responsibilities include formal appearances all on her own. Kate made her first major solo appearance at the National Portrait Gallery last week, where she was given a preview of the upcoming Lucian Freud exhibition. By all accounts the Duchess of Cambridge acquitted herself admirably in Duke’s absence.

An inside source told NOW:  ‘The Queen has developed a great affection for Kate and wants her to feel fully supported.’ ‘She knows how big a step carrying out official duties will for Kate and has offered to have regular meetings to make sure she feels prepared.’

The Queen is known to be very fond of the Duchess and has high expectations for her.

The Mail reports:  The Queen has also invited Kate to accompany her on two joint engagements next month as part of her Diamond Jubilee celebrations.  ‘The Queen is taking a very close interest in the Duchess’s development,’

‘The engagements they will carry out together promise to be invaluable learning opportunities for Kate, as well as being a real honour.’

Kate Middleton was a real royal catch and it is no wonder the Queen is so fond of her. She is fortunate to be married to the future King – but he is lucky to have her as well. Just think back to Lady Diana… the Queen must be.