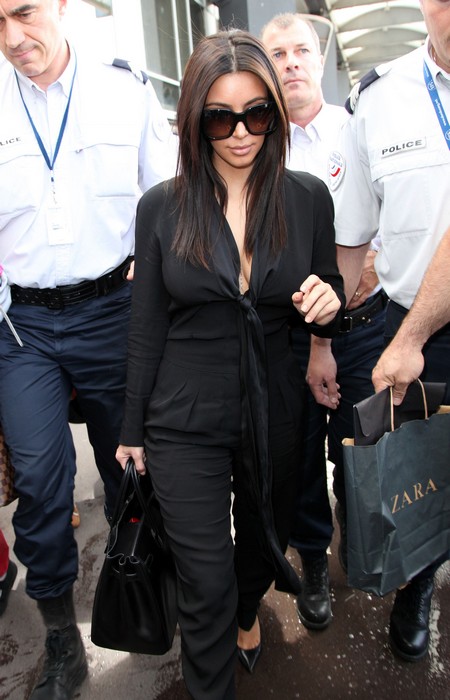 Khloe Kardashian has discovered with shock that sister Kim Kardashian is abusing drugs and has threatened to go to momanager Kris Jenner if Kim doesn’t clean up.

Life hasn’t been so rosy for Kim Kardashian in recent months, despite dating her rumored high maintenance equal, Kanye West.  It seems her high profile divorce, which is a process already three times longer than the marriage was, has taken a sizable toll on the reality star.  But Kim Kardashian on drugs – wow!  Radar Online reports:

“She’s freaking everyone out right now,” an insider told Australia’s NW magazine. “She’s taking Valium and sleeping pills. The last time she self-medicated was when she split from Reggie Bush [two years ago,] when everything felt impossible.” Says another insider,

“Khloé’s really freaked out by it: she found a bottle of pills and knew straight away what Kim was doing.”

Khloe is rumored to have issued an ultimatum after she learned that Kim was on drugs.  Stop popping the pills within 3 weeks or she’s going to Momager Kris Jenner and step dad of the year Bruce Jenner for help.  It looks like Kim found herself addicted the same way many others do.

“It started with just a little bit to take the edge off or help her sleep, but she could become dependent upon pills, which worries her,” the insider told NW. “I think she’s secretly pleased Khloé found out because she’d have struggled to stop on her own.”

By the way the photo above is a pic of the Kimster (note the heavy shades…) on her way to Cannes – does she think they might have a sex-tape division this year?  They need Kim at Cannes about as much as they needed Kanye at Fashion Week.

What do you think?  Does Kim have a substance abuse problem?   Is she abusing drugs or is this just another rumor? Tell us your thoughts in the comments below!