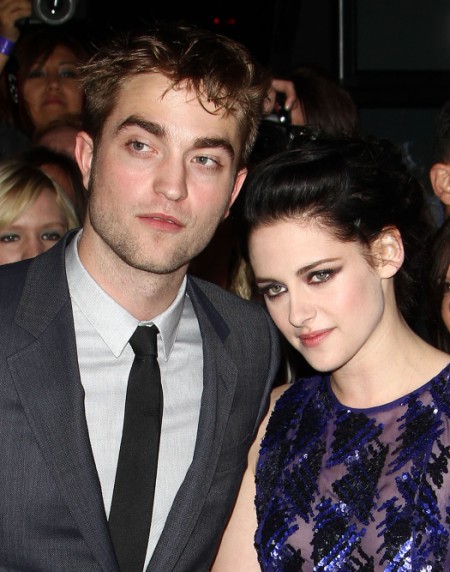 Kristen Stewart and boyfriend Robert Pattinson were caught kissing on a balcony in Cannes at the after party for Kristen’s new flick, On the Road. Rob has become quite the doting boyfriend, hasn’t he? The couple that used to loathe mentioning they even knew each other have made quite the habit of showing up and offering support at each other’s functions of late.

Just last week, the couple were caught being all lovey dovey at Kristen’s Snow White and the Huntsman after party in London. Apparently, absence does make the heart grow fonder.

Rob walked the One the Road red carpet alone and sat separately from his girlfriend during the film so Kristen could sit with her cast. But at the after party at Magic Garden Club the couple couldn’t be torn apart. Sources told Celebuzz  the couple “never left each other’s sides.”

“They just looked really happy,” added the insider. “They hung out with friends, like Sam Riley, but it seemed like Rob and Kristen were in their own little world. It looked like they spent the entire night laughing! You could tell that they were in great spirits, and Rob couldn’t have looked more proud.”

Or more enamored. The couple didn’t hold back from, “kissing, cuddling, and giggling.” The source continued, “They looked like two kids in love!”

Next up will be Kristen’s turn to show her support for her man. Rob is debuting his much anticipated David Cronenberg-directed project, Cosmopolis. Both actors’ projects take them far out of their Edward and Bella comfort zones but I’m sure this kind of kissy face news is enough to keep the Twihards from losing all hope that Edward and Bella’s love lives on for the ages.