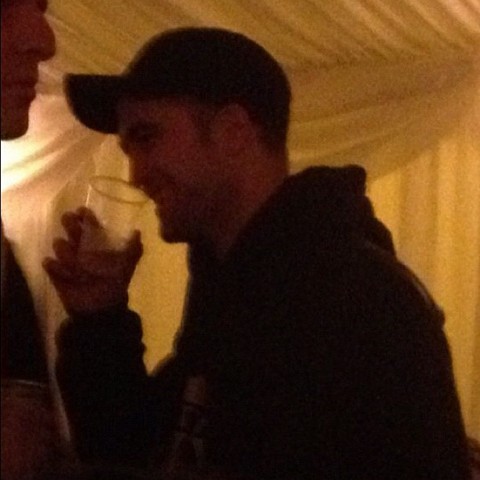 Robert Pattinson seems to be having an existential dilemma. The guy spent Christmas Eve alone in London, drinking. Then we learned that his family Christmases are always terrible and cringe worthy. Now we’re hearing that he is looking to shift from acting to producing, and thinks that business school will help him get there! The guy sounds like he needs to sit down with a career counselor and professional therapist and figure out where he wants to be in five years. I expect any legitimate, sane therapist would tell him to ditch Kristen Stewart if he wants any success in life!

A source reported to National Enquirer that Rob “wants to shift gears and produce his own movies.” This is a reasonable transition—lots of actors go from on screen to off screen work. The weird part? He wants to “sharpen his business skills by taking college-level courses on the way to becoming a Hollywood exec.” Isn’t nepotism and the Good Old Boys system still reigning in Tinsel Town? I mean, it isn’t so much about who got an A+ in the class. It’s who you know! And while Rob may not know everyone, they certainly know him! But apparently Rob wants to earn an honest living as a producer “now that his Twilight obligations are over.”

The worst part is that he is looking for schools with Kristen in mind! “The Stern School of Business at New York University is an option because he and Kristen both love New York.” Don’t forget what you learned in Adult Dating 101! Never give up opportunities because of your cheating partner! Unless he is hoping to move her with him full time, taking her away from any married men she may be too friendly with in LA? Of couse, Rob has signed on for several 2013 movies, so how exactly will he commit to school? The source claims he will be doing “a correspondence course with a university in England.”

That’s it, I have to call BS! It’s one thing to take a break from acting to attend school, but it sounds like Rob is going to be having an international life—filming all over, college in NYC, correspondence with an English college. The guy isn’t a wizard! No human could commit to so much! But, I don’t think Rob looking to produce is too far off the mark. He loves the movie business, but it’s got to be hard when your ‘serious’ movies (Cosmopolis, anyone?) flop. Just because you’re a star in one of the most successful film franchises in history doesn’t mean people think you’re a good actor! I think taking some time behind the camera could be good for him!