Robert Pattinson Forgives Kristen Stewart And They Are Back Together? 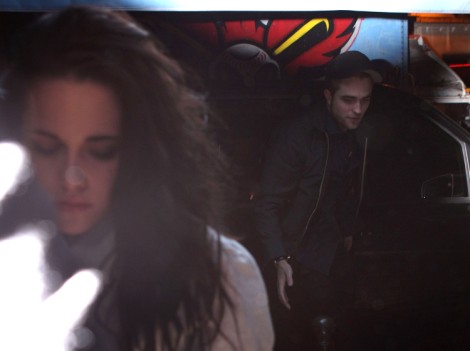 The world is rejoicing today as news swirls that Robert Pattinson and Kristen Stewart are finally back together. But what makes everyone so sure? Sun magazine led the story citing a source that said Rob forgave Kristen for her “stupid mistake” but it sounds a little like wishful thinking to me.

Remember, this is the newspaper that also said George Clooney dumped Stacy Keibler but the ultra private star came out the next day to refute the claims so it’s not like Sun isn’t above creating drama on a slow news day. What? You say! Never! You say! Believe it. It happens.

So back to Kristen Stewart and Robert Pattinson. Are they or aren’t they?  Besides some initial claims, I’ve heard nothing to suggest Kristen is back in Rob’s good graces. Actually the more this saga plays out the more suspicious I’m becoming. First there was the conspiracy theory video and now Rob miraculously forgives Kristen before promotions for the final Twilight are set to start. AND how timely was it that Kristen’s people let it slip that she and Rob were back together while she was doing her first interviews post-scandal at TIFF for On the Road. Just saying… it all seems like a bit much.

Stop freaking out at me Twihards! Deep breaths. Deep breaths. I’m not saying Kristen and Rob aren’t shacking up again. I’m just saying it’s not a slam dunk for me yet. I need more than an anonymous source from Sun.

What do you think? Are you starting to scratch your head at all these odd coincidences? Could this all be a marketing ploy?