Rupert Sanders: Kristen Stewart Was ‘Worst Mistake Of My Life’ 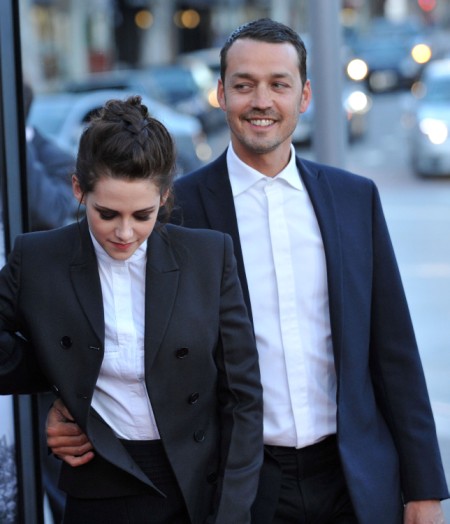 Just because Rupert Sanders has been seen out wearing his wedding ring doesn’t mean Liberty Ross has forgiven him for cheating with Kristen Stewart. In fact, she hasn’t even seen him since the affair and Rupert is freaking out to people, who were nice enough to stay his friends, that she might divorce him over the unfortunate incident which (post-coitus) he’s now calling “the worst mistake of my life.”

What’s interesting is that I thought she had already forgiven him. He’s been wearing that ring which only helped that idea but I guess Liberty’s pulling a Robert Pattinson. She’s making him work for it. Good girl. Perhaps she’s still annoyed that Rupert’s the slated director for the Snow White and the Huntsman sequel? There’s no way she’s letting him near Kristen Stewart again.  I don’t care if he opts to direct Kristen over walkie-talkies from a sound stage thousands of miles away. That’s got to be a hard line – a deal breaker for Liberty.

“Liberty is not making this easy for Rupert, not surprisingly,” a source close to the situation tells Radar Online. “She is refusing to see him right now and has not spoken to him about if they have a future together or not. Rupert is willing to do absolutely anything and everything he can to save his marriage, he realizes this is the worst mistake of his life, and he cannot believe he was so stupid. The thought of losing his wife and children, who he loves more than anything in the world is killing him. Liberty has told Rupert she just doesn’t think she will be able to trust him again. This affair went on right under her nose and she feels like he has made her look like a fool. Rupert is just hoping it will blow over soon and he can win her back, but that is looking ever increasingly unlikely.”

I find that unlikely too. You have to feel for Liberty on this one and not just because her husband cheated. Many husbands do that. Whatever decision she chooses to make will be talked about. It will be ridiculed or applauded or, most likely, both. Rupert’s not only taken away her pride and dignity but also her ability to kick his ass to the curb with anonymity. That’s not cool. Who’d want to make a child-affecting decision with the whole world watching? Not I said the blind man to the deaf mute.

Side note: I have to actually throw a poor Kristen out here. Rob is avoiding her and now this douche calls her his “worst mistake.” Ouch. When a loser calls you a mistake, you know life is taking a dump on your head.

Do you think Liberty should take Rupert back? She’s got the kids to think about. Do you think the kids are the only reason she hasn’t left him yet?