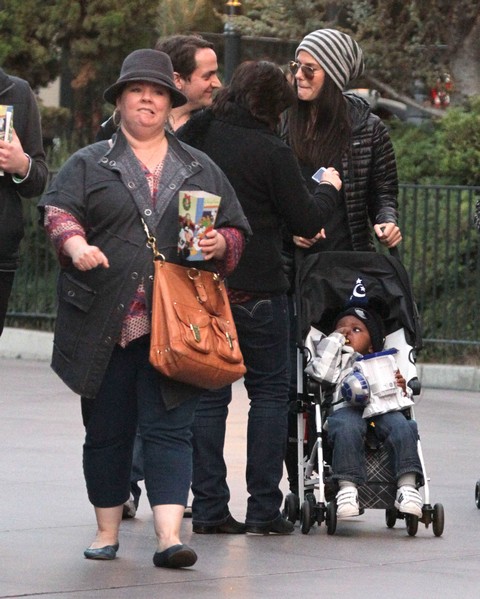 Sandra Bullock may have played a compassionate mother in The Blind Side, but that doesn’t mean her real self is as kind or giving! The mom, who is currently on meltdown-cycle after hearing that ex and Nazi supporter Jesse James is engaged—again—is one of the meanest people in Hollywood and refuses to make time for the little people. The Oscar winner is often considered one of America’s Sweethearts, but her crass demeanor may loose her the title, and soon.

Denise Kodes told Star Magazine, print edition December 24, 2012, about a run in with the actress while she was out with her husband, a veteran who is in a wheelchair. Over the summer, Sandra was in Boston filming The Heat, where she ran in to the couple during a filming break. “Sandra was so rude,” Denise reported. “She covered her face and yelled. He just wanted an autograph, and she actually yelled at him!” Now, we understand not having the time to greet fans. We understand how annoying it probably is to be hounded by mobs. But a single, wheelchair bound veteran and his wife? In what world does their polite request for an autograph warrant a yelling match?

We always wondered why Sandra was alone—she is gorgeous, talented, and always seemed so compassionate and loving! But she won’t find any success in a relationship with a heart of stone. Maybe her ex’s new engagement will soften her up. If a neo-Nazi, serial cheater can find love, can’t we all?

We think that Sandra needs an attitude adjustment—and fast! It’s one thing to politely decline an autograph or photo, but yelling at a veteran is a really fast way to alienate your audience! What do you think of Sandra’s outburst? Is it unreasonable to approach a celeb like this, or was she out of line?

Sandra Bullock takes her son Louis to Disneyland in Anaheim, California on December 13th, 2012. Also with Sandra was actress Melissa McCarthy and her husband Ben Falcone. Sandra pushed Louis in his stroller while Melissa stuffed her face with popcorn.