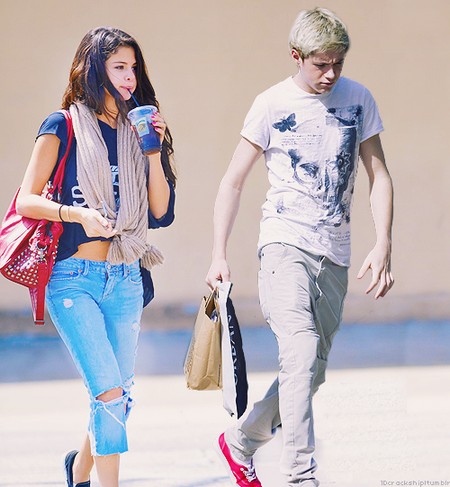 They always say, the best and fastest way to get over a breakup is to find someone new and if the rumor mill is to be believed, Selena Gomez may have set her sights on yet another pop star. A recent report is claiming that Selena has been chatting and flirting online with none other than One Direction’s Niall Horan and that the two have already developed some sort of bond.

Selena and Niall have known each other for a while and while the attention of another man is no doubt a nice ego boost for her, the chance of anything real coming of it is pretty small. You’ll recall how Justin and Niall had a run-in over Selena earlier, right?  Looks like Selena is trying to make Justin jealous as well enjoy a flirt.

If part of the problem in Selena and Justin Bieber’s relationship was the distance and mandatory time spent apart then I highly doubt she’ll gravitate towards someone with a similar schedule. Plus after contending with Justin’s inability to keep his hands to himself, is she really going to want another guy that has a multitude of women grabbing at him wherever he goes? I’m thinking no. Selena will be smarter this time around and I wouldn’t be too surprised if we find her dating someone that is older and not in the entertainment business.

Is Selena just using Niall to feel a little better after being dealt a crappy hand by Justin? Will she and Niall hook up or is it just a bit of ego stroking, friendly flirtation? Tell us your thoughts in the comments below!