Selena Gomez Threatens To Leave Justin Bieber – She Is Afraid 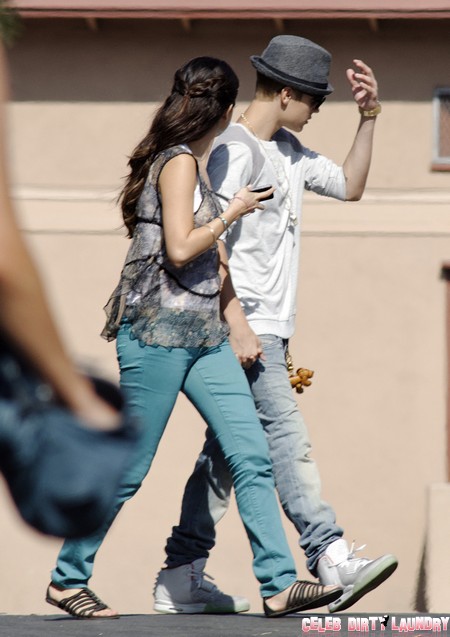 There is still hope for those of you fans still pining for Selena Gomez and/or Justin Bieber.  Sources are reporting that the Disney starlet has had it with his driving skills and has threatened to leave the Prince of Pop if he won’t slow it down.

Justin has been seen speeding on the LA streets and freeways since he first got his license and was even involved in a paparazzi induced getaway in which he was cited for driving over 100 mph.  Selena was not in the car in that instance, but he apparently has had her in his car when he decided to put the pedal to the metal.  The last time he sped with her in the car Selena let him know that she wasn’t going to play his games anymore and have her life put in danger.

She threatened to jump out of the car if he went over the speed limit again and take a taxi home.  According to Mike Walker in The National Enquirer print edition, November 5th,  Justin, thinking she was joking, laughed until Selena set him straight by yelling “I’m NOT kidding.”  Selena I am not pro-domestic violence, but I think it’s pretty clear that Justin needs a little pop to the back of his head the next time he feels the need for speed.

Justin you are young and rich and expected to be a little reckless, but when someone else is involved you’d be wise to take the responsible route and stop acting like every drive you take is a race.   You are not invincible and not the only guy in the world.  There are tons of guys waiting in the wings to steal Selena from right under you.  Please stop being dumb.  Grow up a little and realize not everything you do will end in sunshine and rainbows.

This is yet another example of celebrity teens with too much money and an ignorant sense of entitlement and invincibility.  Dumb.