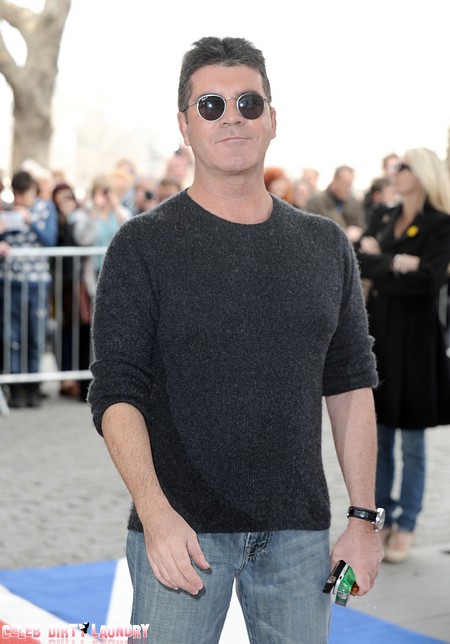 Simon Cowell approves of Tulisa Contostavlos’ sex tape that was leaked over the Internet this week.  Simon adds that Tulisa has nothing to apologize for since he thinks it is normal and intimate to make sex tapes.  Simon didn’t specifically say that he watched the sex tape but he did applaud its intimacy.  Simon was however rather cross with the ‘scumbag’ who sold the tape.

The music mogul – who hired the N-Dubz singer to be one of the judges on the UK version of ‘The X Factor’ last year – says he is disgusted the video has found its way onto the internet and has given Tulisa his full support.

Speaking at the launch of ‘Britain’s Got Talent’ today Simon told BANG Showbiz:  “Tulisa doesn’t have to apologise for anything. The only person who has to apologise is the scumbag who sold the tape”.  “It’s private. It’s intimate and she did nothing wrong.  People do these things in the bedroom believe it or not. I feel very sorry for her.  He’s a scumbag and I feel very very angry about this.”

After the tape was leaked, Tulisa posted a YouTube video admitting she was “devastated” and accused ex-boyfriend MC Ultra – real name Justin Edwards – of being responsible for putting it on the internet.

Tulisa said:  “As you can imagine, I’m devastated, heartbroken and I’ve been in bits for the past few days. When you share an intimate moment with someone that you love, that you care about and you trust, you never imagine for one minute that that the footage may at one point be shared with the rest of the UK or even people around the world, so as you can imagine, it’s a pretty tough time for me.”

However, Justin hit back on his twitter page, writing:   “To find the truth both sides of the story should be heard b4 passing judgement #thatisall.  I believe in silence being a sign of Integrity but in this case I guess I’ll have to speak up and Lay out the facts and let you guys decide.”