Kate Middleton Finally Gets Recognized By Prince William; Gets $450K Thank You Present 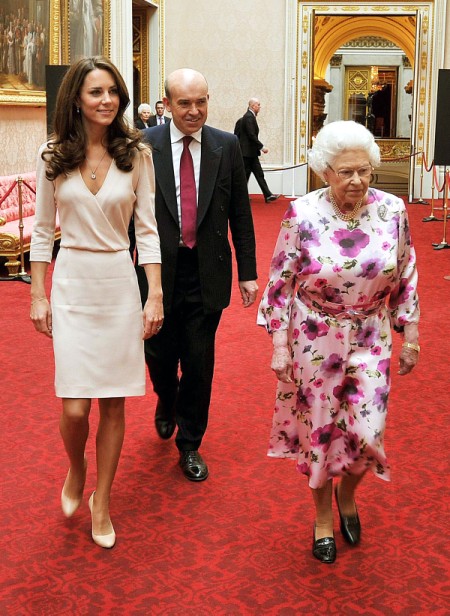 Kate Middleton’s charity work finally got the recognition it deserved by her husband, Prince William. He and his brother, Prince Harry, have finally (and quietly) thrown Kate a bone and changed the name of their charity to reflect the Duchess of Cambridge’s involvement. The Daily Mail reports that documents filed at Companies House reveal the Foundation Of Prince William And Prince Harry is now to be known as The Royal Foundation Of The Duke And Duchess Of Cambridge And Prince Harry. Am I alone in thinking Harry got screwed in that one? I doubt he cares AT ALL. Harry is like his mother. When it comes to charity, he’s all about the charity part – not the name at the top of the plague – but this new title really highlights Harry as the third wheel in Kate and William’s relationship.

Despite that, it’s a big step for Kate who is slowly but surely carving out a space for herself in the world of do-gooders. These actions can’t be too quick for some, including Kate, who understand that besides making ‘dem babies, charity work is her only other job and one her mother-in-law was practically canonized over. Public perception of Kate teeters on the brink of laziness but the news that Buckingham Palace just gifted Kate $450,000 to donate to any charity of her choosing is sure to keep the critics at bay for a little while longer.

The Telegraph explains that The Royal Collection has given the large sum to Kate as a thank you for allowing her wedding dress to be on display last summer in the palace. It was a huge hit, boosting the number of visitors by about 200K and it made over $15 million in admission tickets. Crazy. I would have done anything to have seen it just to judge how tiny the waistline was. I wonder if they took it out a bit so judgey b-tches like me wouldn’t get all snarky about how skinny she was on her big day. Would the palace think that far ahead? You betcha! Anyway, the thank you is genuine even though Kate really didn’t do anything. The dress increased the sales in the palace shops by around $2 million bucks. Perhaps Sarah Burton should have received the nice thank you check?

Anyway, in other royal news, the Queen and Prince Charles will be very present during the Olympics. Kate Middleton and Prince William will also be highly visible especially when the Queen and Charlies bow out after the initial few days and let the young royals have their fun. Can you stand it? I seriously can’t wait! I’m such an Olympics freak and it’s the only time I let myself join my overzealous compatriots in their proud zest for all things American. We’ll probably see Kate at field hockey and tennis. But, I’m telling you, if Harry doesn’t sit front row at women’s beach volleyball, my heart will deflate. He has to be there! It makes for such a good story! To see his genuine, horny happiness will make the whole games. It’s going to be steep competition between Harry and Kate to see who can get the most front page stories. I think people are kind of over watching William’s stern mug all the time. Kate and Harry are where the party’s at. And if Harry can bring one of those blonds all the better for gossip!

What about you? Are you more excited to see the royals on their home turf enjoying the Olympics then you are for the games themselves?