Teen Mom 2 Jenelle Evans Pregnant Again: But Who Is The Father? 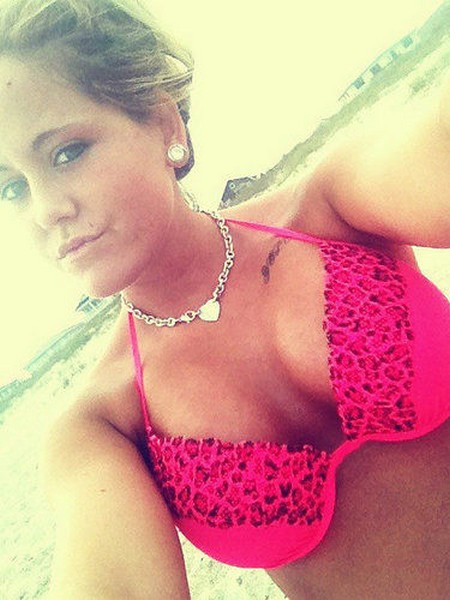 Jenelle Evans is undoubtedly one of the most irresponsible stars of MTV’s Teen Mom series.  She is a hardcore party girl that usually leaves the child-rearing to her mother when it comes to her baby Jace.  Girlfriend is always in trouble, in and out of court and changes men constantly.

On May 16th she announced her engagement to on/off again boyfriend, Gary Head.  Jenelle has recently gained twenty pounds leading many to believe that she is expecting another baby.  But who is the father?

“She’s so irresponsible; it wouldn’t surprise me if she’s pregnant. But for her to want another child would be crazy, because it doesn’t seem to bother her at all that she doesn’t have custody of Jace [her 2-year-old son],”” says an insider.

Never one to show any type of logical decision making, her engagement was announced a week after splitting from another guy.

“She just broke up with Kieffer [Delp] a week before the engagement and immediately got back with Gary,” the insider explains.

The chance of Jenelle being pregnant is probably very good.  The possibility of her walking down the aisle – less than zero in my opinion.

What do you think of this Teen Mom train wreck?  Will she get it together?  Is she pregnant again or has the booze caught up with her appearance?  If she is pregnant, do you think she’d be sure of who the father is?  Tell us your thoughts in the comments below!