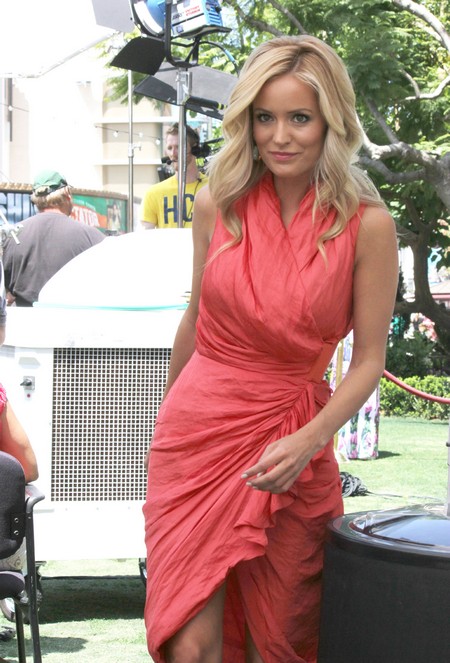 Emily Maynard will be getting engaged in the season finale of The Bachelorette. Obviously.

Radaronline.com exclusively reports that the blonde reality television star is hoping to do a spin-off show where she will be planning her big day. Oh joy… Let us don sparkly hats and listen to Joni Mitchell songs!

A source close to Emily revealed, “Emily is head over heels in love after a beautiful proposal in Curacao.”  Shouldn’t Emily be in love before the proposal?

So, who is the guy who stole Emily’s heart and will whisper sweet nothings in her ear until the end of time? Before you continue reading, there’s a massive (and we mean like show ending) spoiler ahead. So, sit back first, breathe, and twiddle your thumbs.

“Jef Holm got down on one knee and asked Emily to marry him and she said yes!” The source excitedly revealed after swallowing a third Xanax while looking out the window for ABC executives with shotguns.

Let’s all dance on the ceilings and finish that last bottle of tequila!

“They are extremely happy together and have managed to see each other several times since filming ended several months ago,” the source revealed while crunching down on the sound of a secret. Didn’t anyone teach this source that revealing secrets is a big no-no? What if he/she needs a character reference? No-one is going to stand in for you secret revealing source!

The contract with a reality television production company is so tightly set up that if Emily breathes one word about the finale and the winner, she can be held liable for revealing production secrets, so Emily is keeping mum about the whole thing. She is planning to do a spin-off show, where she will be a happy bride in a white dress with a cake and unicorns and little people.

That annoying source again, “Emily wants to do a spin-off show which would include the planning of the wedding. She loves to be in front of the camera and there are multiple offers on the table for her to do other television shows.”

Emily has not signed the contract for the spin-off show, as she must first wait for the audience to see her getting engaged, which is a bit pointless now, isn’t it?

“Emily can’t formally have discussions yet because the finale hasn’t aired,” the source said. “But she’s really excited to get the date, location and all of the details set so that she can marry Jef and having it air on TV fits in perfectly with her plans.”

The not so dramatic final rose ceremony airs Sunday, July 22 on ABC and Chris Harrison’s narration will be giving us all a little heart attack.

Don’t forget to tune and see Emily Maynard engaged – we will be covering the show right here on CDL for you with another one of our AWESOME live recaps!