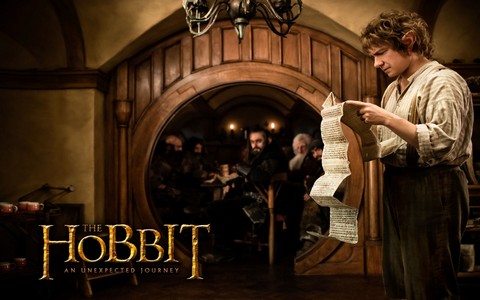 Like any fan of JRR Tolkien, I have been living in agony this year past, waiting for the clock to strike midnight so I could see what would be an epic adaptation of the novel The Hobbit. I’ve read all the books, seen the extended films of The Lord of the Rings trilogy, found the Easter eggs, but in my eyes, Peter Jackson won’t be done until every book, every footnote, every story in the appendix, was turned into a feature length film. So how did I feel about the movie? It was good, but plot changes to allow for more battle scenes hurt it.

My biggest frustration was the mutated storyline of the orc Azog. In the books, Azog is killed by Dain before the quest to Lonely Mountain starts, so there is no ongoing pursuit of the company. In the movie, Bilbo and the dwarves are tracked down by Azog, who is seeking vengeance for his missing limb. He wants to eradicate all dwarves, starting with Thorin, who first beat him. The orcs find their trail as soon as they’ve left the Shire, and are in hot pursuit just before entering Rivendell. An unexpected run in with Radagast the Brown, who reports news of the Necromancer to Gandalf, buys them time to escape to the Last Homely House. After they’ve passed through the Misty Mountains, they meet Azog and his orcs, riding Wargs (instead of fighting Goblins and Wargs, as in the books) and are ultimately saved by the great Eagles.

I loved the run in with Radagast and expected something of the sort. To make the film trilogy work, we need to have small plot arches for each film, and a longer one to bridge all three. By introducing the necromancer in the first film, instead of a brief mention by Gandalf of something to address south of Mirkwood, we (the audience) can see the affects of his great evil on the forest and the hearts of Sauramon and men. It’s also a great setup to The Fellowship of the Ring, which starts sixty years after Bilbo returns to the Shire.

The most annoying part of the movie, for me, was the huge extension on the goblin tunnels. In the book, they’re captured, Gandalf goes all serious wizard and kills everyone, they escape, and Bilbo meets Gollum. In the movies, fighting goblins takes the last third. Or so it feels! I don’t watch these movies for epic CG battle sequences—I’m in it for the story and character development. So watching the dwarves and Gandalf fight and escape from thousands of CG goblins just didn’t do it for me. In fact, I fell asleep during this scene during my first viewing and woke up to see Bilbo picking up the ring. Do you like the violence-heavy changes?

My predictions for film two? I think it will show their journey through Beorn’s land, Mirkwood, and an escape from the Wood Elves. Ending just as the secret entrance opens into the mountain would be an excellent cliffhanger, but it may make the movies uneven, depending on how much they expand the Battle of Five Armies and Gandalf’s fight with the Necromancer. Did you read the book? Did you love the film?