Elijah Wood Shares His Excitement for The Hobbit 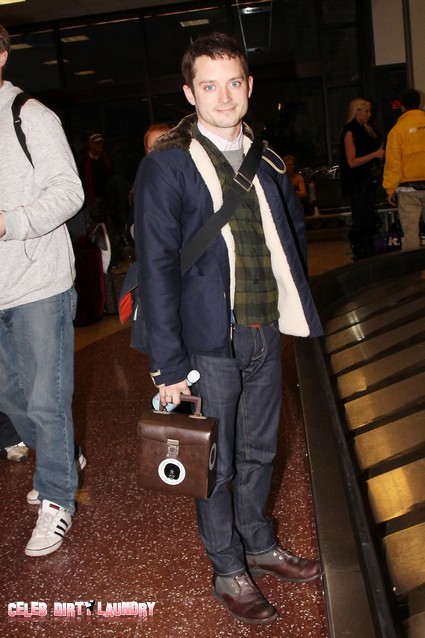 Even though he’s only in the movie for a small part of The Hobbit Elijah Wood talked about how nostalgic it was to go back to Hobbiton to play Frodo Baggins and how he can‘t wait to see the movie The Hobbit: An Unexpected Journey when it comes out in December.

Elijah said “It was a gift to go back and return, I was in Hobbiton again, for the first time in 11 years. I turned 19 in Hobbiton. I’m 30 now. That put a lot of things into perspective. It was beautiful. It was just beautiful to go back.” I agree with Elijah, Hobbiton looks extremely beautiful. It’s one of my top three places to visit before I kick the bucket.

Elijah’s role only took him a month’s worth of filming but during the time he was there he had a chance to catch up with the crew and cast that will be involved with this soon to be masterpiece. Elijah spent the majority of his time just going to the set every day and meeting a lot of the new cast members, catching up with old friends and being in Wellington again. He also said “It feels like home, and those people feel like extended family to me. It was such a treat to go back. It was awesome!”

The biggest change from his time in The Lord of the Rings is the new technology we have today used in filming. Elijah said “it’s really cool to see the 3D on set, and to know what the images ultimately look like. The technology is so good now. I remember, years and years and years ago, video assist was really rudimentary and watching playback was so rudimentary. It only gave you a sense of what the image was really going to look like, especially when you were shooting on film and getting a video feed. Until you actually see dailies, you can’t see what the image looks like. Now, because ‘The Hobbit’ is being shot digitally, we’re seeing a full HD image, in 3D, pretty much exactly as it’s going to look when it’s thrown up onto a big screen. That’s amazing!”

Elijah is looking forward to seeing The Hobbit and also can’t wait for the fans to see the finished product of The Hobbit: An Unexpected Journey. He’s talked about being extremely excited for the film since the trailer was so awesome and I agree a hundred percent I thought I’d be able to wait for the film to come out without being impatient – but damn was I wrong, when I saw that trailer it made me want to see the movie the next day.

The Hobbit is still in production until June and the first part The Hobbit: An Unexpected Journey will be in theatres on December 21, seriously it’s a movie you can’t miss and I will be there the day it is released.