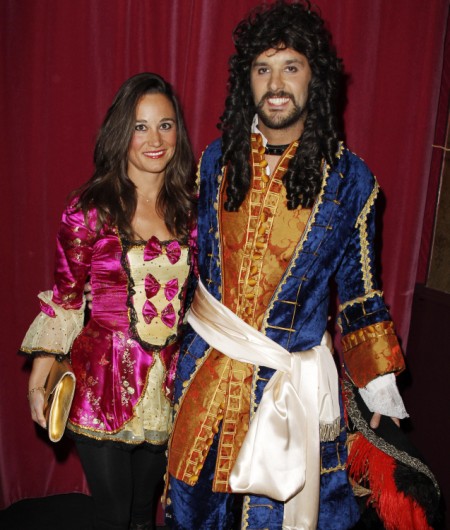 The Queen invited Pippa Middleton to royally party with her at the Thames Diamond Jubilee Pageant.

According to the Daily Mail, 1,000 boats will take to the Thames River on June 3 and Kate Middleton’s family will sail on the Elizabethan, a replica of a 1890s Mississippi paddle steamer. Naturally, Kate and Prince William will accompany the Queen on her vessel.

Sources say this invite is yet another example of the Queen’s admiration and acceptance of the Middleton family despite the recent eyebrow-raising antics of James Middleton and sister Pippa.

This invitation is actually quite important for Pippa. She’s kept a pretty low profile since coming back from the Paris gun debacle. There were even rumors she was enlisting the help of a big-time PR firm in London to help salvage her image. A seat on the Elizabethan in a modest dress would certainly help, especially since some people are blaming Kate’s baby-less belly on Pippa.

Hopefully Pippa can keep it classy and keep the guns at home and not stand up and flash her famous ass for all to see. But who knows? Apparently, Prince Charles is seating the Middletons by his former valet, Michael Fawcett, on the boat so everything “runs smoothly.” Seriously, all they have to do it sit there and probably wave, what the hell could go wrong? The Middletons may be new money but they aren’t trailer trash. Does the Queen think James is going to show up in her French maid’s uniform and start swabbing the decks? God, that would be amazing….

Do you think Pippa will be able to keep it together and salvage her image by rubbing elbows with the Queen or will she try to outshine her sister yet again?