The Royal Rum Diaries: Prince Harry Parties And Dances His Butt Off In Belize 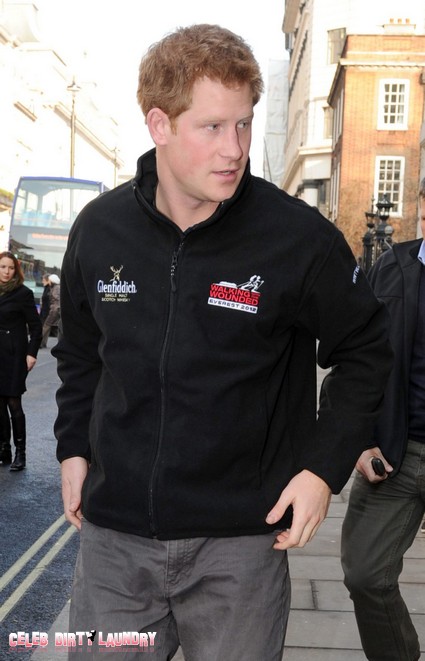 When most rich kids graduate University, they tend to embark on a debauched backpacking trip across Europe. This is not the case for Prince Harry. Fresh off his graduation as a certified Apache attack helicopter pilot, the Prince of Wales is off on a tour of his own—as part of his royal duty. The 27-year-old brother of Prince William is enjoying a week-long trip to Central America and the Caribbean as part of Queen Elizabeth’s Diamond Jubilee.

Harry certainly appeared to be enjoying his time in the tiny commonwealth country of Belize last night as he partied it up and absorbed the culture at a block party in Belmopan. After renaming a street after his 85-year-old Grandmother, Harry tasted the local food, drank some rum and danced his ginger butt off in a traditional—and somewhat sheer—traditional shirt. Yowza!

RELATED: Prince Harry To Be ‘The Bachelor’ In New Reality TV Show

Harry spent the day warding off sunburn as he toured Xunantunich, an abandoned Mayan ruin where he climbed to the top of the highest pyramid and watched a traditional deer dance. Later, the Daily Mail reports that the Prince stayed to mingle and even hugged some of the delighted dancers. Still trying to make Chelsea Davy jealous I suspect.

Harry is in the Bahamas and will be in Jamaica on Monday where he is to have a very special race. He will also be making a stop in the secluded Pantanal region of Brazil for some time away from the press. “Harry is attracted to Pantanal because of the wildlife and how remote and private it is,” a source told the Daily Mail. ‘He wants to relax after what will be a busy trip.”

Harry isn’t the only one travelling to celebrate the Queen’s 60-year reign. His brother Prince William and sister-in-law Kate Middleton will be visiting Tuvalu, Malaysia, Singapore and the Solomon Islands for the Diamond Jubilee.