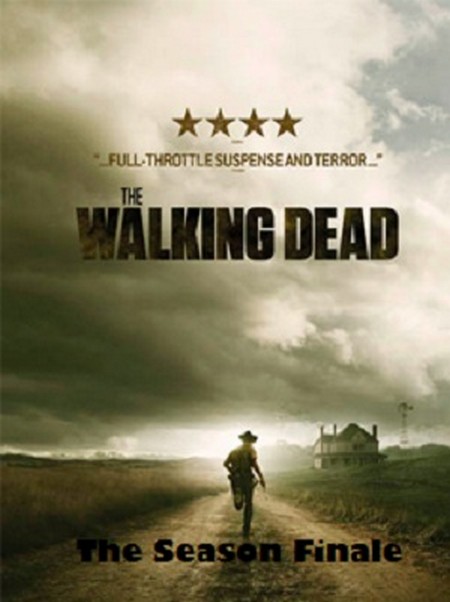 If you are a huge fan of The Walking Dead, I’m sure you didn’t miss the final episode for season 2. If you need a refresher, you can read all about it HERE.

I was so excited about the finale, the episodes leading up to it left fans like me with a lot of promise for an awesome episode. First Dale was killed a few episodes ago and I thought that was awesome, the only way it could have been more realistic and terrifying were if the walker had ripped his stomach open with his teeth.

Then Shane was killed by Rick, he turned into a walker and Carl shot him straight in the head. Now those were two awesome killings and a huge build up to the finale with The Walking Dead boss, Glen Mazzara, promised fans a “bloodbath”, he said ” no characters are safe” and unbelievably, he even examined killing every character on the show! Now with all that, who couldn’t be sitting on the edge of their seats during the finale, right.

So the episode starts off with Rick and his son running to the barn for safety from the swarm of walkers and I’m thinking that one of them is going to get it, but no. Then Jimmy is in the RV alone and he gets eaten by walkers, one down. Daryl is on his motorcycle, he gets away but I understand this one because he is one of the strongest characters.

Then there are Glenn and Maggie, they are in a car and get away after taking out some walkers. At this point, I am still hopeful for the “bloodbath”, I’m thinking that we are finally going to get rid of annoying Lori, she keeps calling for Carl like Dorothy was for “Auntie Em”. Were you actually surprised that ‘gasp” Lori can’t keep an eye on her son?

Hershel is as bold as brass, he stands in front of his house and takes down the walkers, it was a close call for him, but Rick comes to the rescue.

Still waiting for the “bloodbath”… T-Dog is safe, he’s in a pickup. (I thought he was going to be taken out, he’s hardly said anything this whole season)

Lori is still calling for Carl and I am just hoping, I have my fingers crossed that she is going to get it, but nope, bitch ends up getting in the pickup. The walkers take out Patricia, that makes, two down, Ok, so I figure they are going to take Beth out as well, since she wanted to kill herself anyway, but no, she gets in the pickup. At this point I am trying to keep my faith in Mazzara that we’re going to get that “bloodbath”, but it’s slipping quickly.

Daryl is about to leave the farm but hears someone screaming, it’s Carol and he rescues her, now I’m thinking “there goes the bloodbath”. Andrea is left behind, so maybe we are going to have three dead, but nope, she is saved by a fearless new character, Michonne who is shrouded by a hood yielding a samurai sword.

Well there goes the promise of a “bloodbath”, two people dead just doesn’t cut it. Basically, to sum up the finale, we lost two characters that we just didn’t care that much about and lacked any development for them at all. They were merely walker food, a chance for fans to see zombies chewing them apart.

What did you think about the finale for season 2? Where you disappointed like I was?