The Walking Dead ‘Who Will Be Zombie Bait?’ In The Season Two Finale 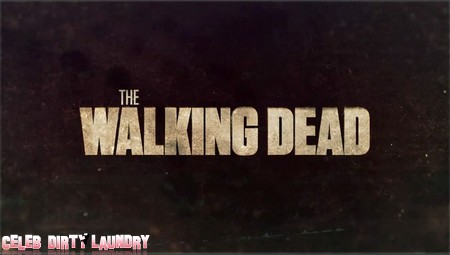 Tonight is the finale that all of The Walking Dead fans have been waiting for and The Walking Dead boss Glen Mazzara promises that there will be a lot more bloodshed. Last week we learned that the walker virus can apparently be spread without being bitten. It hasn’t been easy for the survivors and Mazzara promises fans that it’s not going to get any easier down the road. There were two prominent deaths in the past two weeks, Dale and Shane. Now, there are 13 survivors left that will be battling an army of walkers in the finale, who do you think will be zombie bait?

Rick -Our fearless leader isn’t going anywhere yet, even though he is trapped in the barn tomorrow night surrounded by zombies, he will get out unscathed.  Lori – She’s going to die and the baby as well, whether it’s tonight or later on, who knows. Her comic book death is at the hand of The Governor, but my guess is that we will be saying “hasta la vista baby” to her sooner than that.  Andrea – I think she is going to make it out of the finale, she is a survivor and the group will need someone tough to hold on to after they make it out of the zombie attack, well if they make it out of the attack.

Daryl – With Shane gone,the writers will need another character to lean heavily on – he will be safe like Rick.  Carol – She has been through a lot, having her daughter turn into a walker was bad enough, I think they will keep her around for Daryl.  Carl – The only kid on the show is going to get killed off, according to the comics anyway, but it won’t be tonight. There’s a little more growing up Carl has to do before he gets whacked.

T-Dog – He’s a smart guy, but he’s just too quiet to draw attention and my guess is that he is going to be meeting his maker tonight in a horrific ending.  Hershel – He has vowed to die on his farm and that just might happen tonight. With his wife gone, a suicidal daughter and having already given Glen his blessing with Maggie, is there any real reason for him to remain? Nope.

Glenn – The former pizza delivery guy is probably safe, he’s usually pretty crafty at getting out of dangerous situations.  Maggie – I think she could go either way. If they whack Hershel, then they just might get rid of her as well.  Beth – She’s already come close to death and really has no viable function, she most likely will be a goner tomorrow.  Patricia – Otis’ wife really hasn’t had any purpose other than being handy in medical emergencies, I say another goner here.  Jimmy – If he survives and I really mean “if”, he will be useful not only to keep an eye on Carl, but to help Rick keep the walkers at bay.

I am so excited about the finale, it’s hours away so don’t forget to come back at 9pm when we will provide you with a live official recap of the season 2 finale.