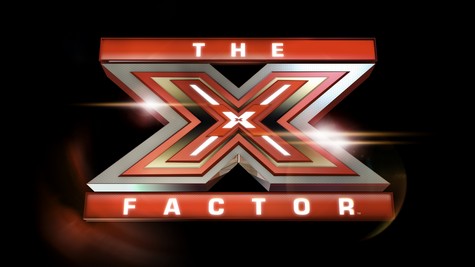 Tonight on FOX is an all new episode of THE X FACTOR USA. On tonight’s show the Top Finalists will be revealed, and return the following week to face America’s vote.   The first live show was aired last night to an unsuspecting audience. Regrettably, we have to admit that almost none of the contestants were able to pull it off. The 16 contestants went head-to-head last night for a spot in the finals, but most of them completely lost it halfway through their performances.  Did you watch last night’s show?  We did and we recapped it here for you!

My favorite singer from last night’s show was Carly Rose Sonenclar who sang Good Feeling and was mentored by Britney Spears – Carly’s vocals felt slightly unnatural, but her performance made up for the staunch discomfort of the vocals. She delivered, mostly. There were plenty of issues with her pitch during the up-tempo middle-parts of the song. She also lacked that beautiful zest that made her so popular in the beginning. It was above-average and better than most of the vocals of the night, but she can do so, so much better.  Who was your favourite of the night? Do you think we got it wrong with certain contestants? Let us know your thoughts in the comments below.

On tonight’s show 50% of the contestants will be safe, while the other 50% will be up for elimination by the judges. There will also be no official voting by the audiences at home.  By the end of the show the Top Finalists will be revealed, and return the following week to face America’s vote.

Stay tuned to Celeb Dirty Laundry for a full live recap of tonight’s episode. We will keep you up to date on all X-Factor news, reviews and spoilers and make sure to check back here regularly for more information on your favorite television shows! So don’t forget to come back to this spot at 8:00 PM for our live recap of The X Factor USA the first live show recap at 8:00 PM EST!

Tonight’s episode: Tonight it’s the reveal of the final twelve, it’s time for the artists who performed last night live to face the music.

CeCe sings “Out Here On My Own.”

Judges Comments: LA: “You just saved yourself it was wonderful.” Britney: “Last night I thought you were having an identity crisis but you pulled through.” Simon: “The question is why didn’t you do this last night, this is why we liked you in the first place.”

Judges Comments: La “You are really unique and that was good, you are making it tough.” Britney: “I think you really stand out and there is a quality about you.” Simon: “If we could capture what you brought in the first audition you would go far.”

Judges Comments: Britney: “I feel like tonight you blew us away.” Demi: “I really didn’t like your rendition of that song, it was like you were screaming the whole time.” Simon: “It was a little bit melodramatic and theatrical, but I can see how much this means to you.”

Judges Comments: Britney: “I wasn’t sure last night, but now I am a fan.” Demi: “There is something genuine about you and I believe you want to be here.” Simon: “I am asked to judge two horses that came last in a race, but compared to yesterday, this was a million times better.”

Arin Ray sings “I Look To You”.

Diamond White is singing “Sorry Seems To Be The Hardest Words.”

Judges Comments: LA: “You are sensational and you have a future in this business.” Demi: “You took on something totally different and it impressed me, you should be proud.” Simon: “I wouldn’t want to be in Britney’s position, I think you both should go through.”

Sister C sings “When I Look At You.”

Judges Comments: LA: “I think we all struggle with song choice, but this time you had it right.” Britney: “I was pleasant surprised, you had the eye of the tiger.” Demi: “You sounded phenomenal and are very talented.”

Judges Comments: LA: “When the going get tough, the tough get going and you did it.” Britney: “You made me a believer tonight.” Demi: “You did better than the original singer.”

Simon Cowell sends home is Sister C. Simon cannot live with the name 1432, he wants the public to submit a name for the group.