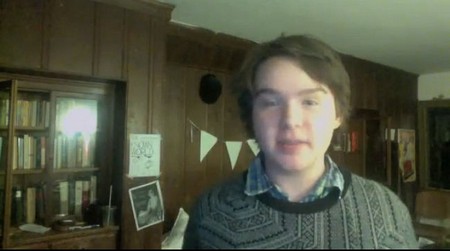 Warren Beatty and Annette Bening are going to be grandparents courtesy of their transgender son, Stephen Ira. Apparently Warren is not too pleased with idea. It seems that Warren has never been too keen on the whole Kathlyn Elizabeth becoming Stephen Ira concept in the first place. In fact we reported that Warren refused to help pay for transgender treatments for his son and wouldn’t buy him a penis.  Now papa needs to adjust to the idea of his son getting pregnant and having a baby.

Even more challenging for Warren than accepting his son’s metamorphosis will be to see his boy pregnant.  Now something you need to know about daddy is that he is supposed to have had sex with almost 13,000 thousand women.   A quote from Peter Biskind’s biography of the stud describes Warrens sexploits: “12,775 women, give or take, a figure that does not include daytime quickies, drive-bys, casual gropings, stolen kisses and so on.”  All I have to say is that when it comes to sex & drugs & rock & roll Warren needs to shut up and let people do their own thing – he sure did…

The National Enquirer tells us this unusual story: Stephen Ira – the outspoken transgendered son of the 75-year-old Oscar winner and actress Annette Bening – has announced he wants to become a mother.

“I am going to have babies! And give them onesies with ‘This Is What A Transfeminist Looks Like’ on them,” the 20-year-old – born a girl named Kathlyn Elizabeth – proclaimed in a video post on the transgender site WeHappyTrans.com.

And he’s notorious for being incredibly outspoken.

“Stephen stunned his parents when he told them he wanted to live as a boy, and again when he had his breasts surgically removed,” a close source told The ENQUIRER. “Warren and Annette had a very difficult time dealing with it all, but they finally came around. Now they have to deal with Stephen’s latest ‘surprise!’”

As The ENQUIRER has reported, Stephen came out as transgendered to his parents at 14. He planned to undergo a full sex-change operation, but has now decided that he’d like to experience giving birth.

“Warren and Annette have accepted things they never even dreamed they could,” said the source. “But they were floored when they heard about Stephen’s parenting plans.

This story is unusual.  But what is Hollywood if not the home of the unusual.  In fact a big part of Hollywood’s influence of society had been to normalize what was formerly considered abnormal.  Now that we have also reported on Celeb Dirty Laundry that Kristen Stewart might be pregnant we can run a contest to see who gives birth first – Stephan Ira or KStew.