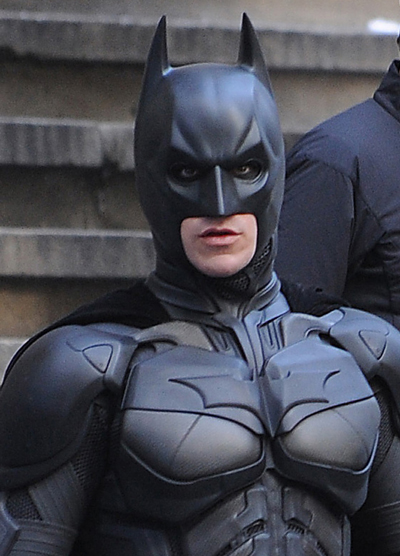 Just in time for summer, The Dark Knight Rises, the third film in director Christopher Nolan‘s Batman series, will premiere on July 20, 2012, and from the looks of the new trailer that was released this week, it looks like it’s going to be the darkest and edgiest Batman movie yet!

Billed as “an epic conclusion to the Dark Knight legend,” the eery trailer shows Batman (Christian Bale) being held captive by Bane, Tom Hardy‘s evil villain character, eight years after the events of 2008’s The Dark Knight. Consequently, Gotham endures chaos and havoc as Bane inflicts his destructive “reckoning” on the city.

Watch the full trailer below.