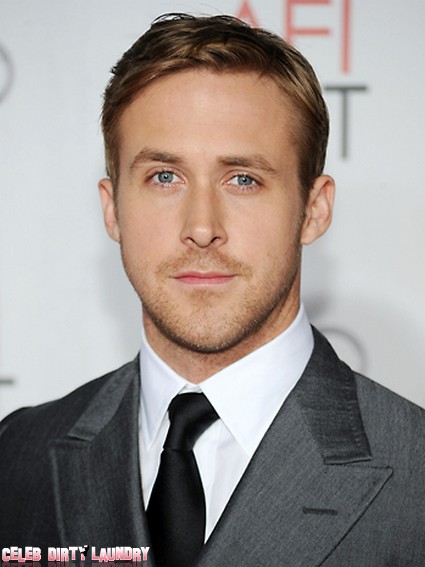 Is another celebrity couple headed to splitsville? Ryan Gosling is having second thoughts about his six month relationship with Eva Mendes. He’s not sure whether she’s the one. So the actor has hooked up with a blonde model to take his mind off the problem.

The star of Drive fled to South Africa last week to try and work out how he felt about the relationship. He told friends he needed ‘time to think‘ after reports surfaced that they were ‘having trouble seeing eye to eye‘. So he booked a trip on his own to Cape Town. But there hasn’t been much thinking going on…more like playing…

Ryan latched onto a pretty woman almost straight away. Being considered one of the most eligible bachelors in the world has its benefits. He was spotted getting very friendly with his new female companion at a trendy beachside cafe. A source told the Daily Mail ‘He was having dinner with a blonde model who said she was from Berlin. He tried to disguise himself with a woolly hat and scarf and seemed eager not to be noticed as they sat at a beach table, but he was clearly entranced by her.’ Eva who?

Ryan and Eva have always struck me as an odd couple. They seem a very unlikely pair. At 31, he’s seven years her junior. They met on the set of the movie The Place Beyond The Pines. The film will be released later this year. Celeb Dirty Laundry has been following the romance. Check it out here How Eva Mendes Seduced Ryan Gosling