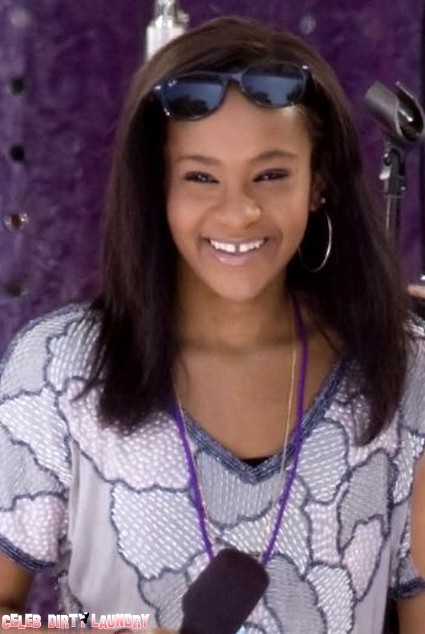 Bobbi Kristina Brown is headed for rehab. That’s if her mother’s family have anything to do with it. They want Whitney Houston‘s only child to conquer her demons once and for all. They don’t want her going down the same substance abuse path her tragic Mom chose…

According to TMZ rehab is on the cards for the troubled teen – but not just yet. Family members will break the news to Bobbi Kristina after Whitney’s funeral.  They want to choose the right time and not put more pressure on the girl who’s already struggling to come to terms with the events of the last seven days. Bobbi Kristina has already had two trips to hospital to be treated for anxiety in the wake of her Mom’s death. Celeb Dirty Laundry covered the story here Family Worry That Whitney Houston’s Daughter Bobbi Kristina Is Suicidal

The family want Whitney’s pride and joy to enter a live-in rehab facility. She’d undergo a tough 60 day program. They reckon that’s the only way she’ll be able to kick a growing substance abuse problem that dates back three to four years. If she can get professional help now she may be able to kick the habit for good. Her mother wasn’t so lucky. Attempts at rehab failed and Whit had apparently fallen off the wagon in the lead up to her untimely death at just 48.

There’s no word yet on what Bobby Brown thinks about the planned intervention on his daughter. He also has a history of drug abuse.