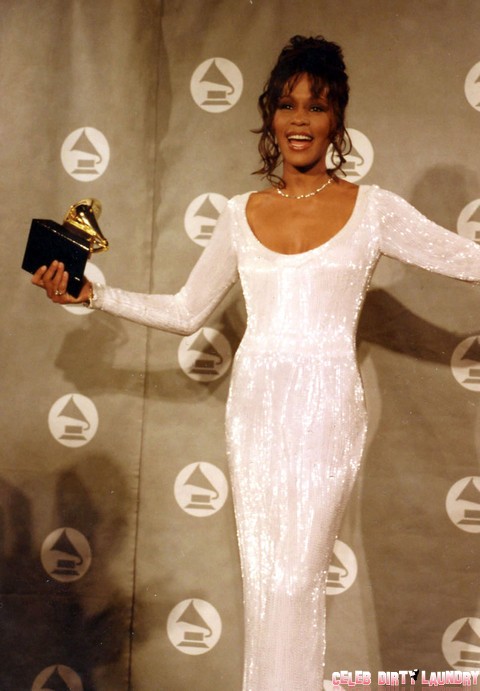 I don’t know whether to scoff or hunker down and troll the internet for more information! A new report by the National Enquirer, print edition January 7, 2013, claims that Whitney Houston did not die of a drug overdose which caused drowning, but that she was brutally murdered by two drug thugs who came to collect! Paul Huebl, a former police investigator turned Hollywood private eye claims to have “evidence that points to Whitney being a victim of a high-powered drug dealer who sent thugs to collect a huge debt.” So what’s his theory? Read on!

Huebl claims that Houston refused to pay her debt to a drug dealer—a bill exceeding a million dollars. The next day, while her assistant was running errands, two thugs who had previously partied with her broke into her hotel room. “One or more of the hangers-on [of her entourage] returned to Whitney’s suite.” So why not just check the video surveillance and get an easy, yes or no? We don’t know! I guess that’s what he wants the FBI to do? But he promises that a source inside the hotel has tipped him off about the killers movements being caught on tape.

The coroner’s report says that Whitney was taking a bath and drowned “due to effects of atherosclerotic heart disease and cocaine use.” But Huebl claims that “Whitney was thrown into the bathtub and drowned . . . rather than just scare Whitney, they ended up murdering her.” He claims that, because the bath water was 93.5 degrees six hours after her death, it was searing hot when she first climbed in. This suggests, Huebl argues, that Whitney was forcibly sedated and thrown into the scalding water. So why is he the only one trying to open a closed case? He explains, “I believe the Beverly Hills police and Los Angeles coroner are happy to sweep Whitney’s death under the rug, calling it accidental and closing their investigation.”

This all sounds like rubbish to me. Huebl claims that Whitney was covered with “classic defense wounds which would have occurred while she was battling for her life.” Now, you may joke about the LAPD all you like, but they know how to do the basics of their job, right? I mean, they photograph the scene. A coroner uses toxicology tests to determine the chemistry. If there were more to the case, they would have said so and investigated the identity of the killers.

Whitney was surrounded by so many influential people, I just can’t believe anyone who knew her personally would let a cover up like this slide. Besides, didn’t her assistant find her first? What did she say about it?