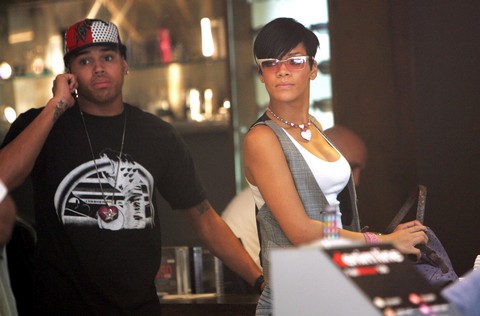 The X-Factor was once a reality television juggernaut. It reached an almost zealous level in the UK when Leona Lewis won the 3rd season of the show. And also in the United States, when Melanie Amaro walked away with the title of The X-Factor on the premiere season of the US production, the show became larger than life itself. However, during recent years, X-Factor’s audience numbers have waned in the UK and failed to meet Cowell’s expectations in the USA. The most recent season in the UK hit an all-time, seven year low when it recently ended.

It’s written in the stars – X-Factor is on life support.

Simon Cowell has not yet jumped from a building. Instead, the music mogul and mastermind behind our current reality television talent arena is trying to attach massive names to both versions of the show. According to The Sun, a UK-based newspaper, Cowell is interested in getting Rihanna aboard the X-Factor UK ship. She is one of the biggest pop stars on the planet, so her top billed name will draw millions of viewers when the new season airs. A source revealed, “Simon is a huge admirer of Rihanna and knows she’s star quality. As well as bringing an aura to the panel thanks to her current standing in music, she is also feisty and will make great TV. Simon loves these sort of characters.”

Cowell is spending Christmas in Barbados, and Rihanna is a Barbadian – she might also be a barbarian – so Cowell is planning to corner the superstar and negotiate a possible deal. X-Factor needs an urgent revamp on both sides of the pond, as not only is the UK version quickly becoming a caricature of its former self, but the US version is also not what Cowell expected when he made the big move to the United States.

The judging panel in the US has been kicked up and turned around in only two seasons, and when any television show sees such a drastic change in casting, it usually means that producers are scrambling to cope with the loss of viewership. It even occurs on scripted television. However, Cowell is not allowing the show to become cannon fodder – he is planning to attach Chris Brown to the US version when L.A. Reid leaves his seat at the end of the second season. Rihanna and Chris Brown have had a polarizing on-off relationship, so the immediate tie-in between the two shows will become one of the biggest reality television talking points in history. Regrettably, a spokesperson for Cowell noted yesterday that Brown was not currently in negotiations for the judging position, but this could change in the coming months.

Be it as it may, both X-Factor shows have had a lasting impact on the television and music industries. It has completely reshaped our opinion of talent and gave us the opportunity to bathe in the birth of dreams – a rarity in life. Even if both shows were to be cancelled, we’re sure Cowell would make a plan to bring another, even better reality television show to our airwaves.

It’s written in the stars – the man’s a genius.