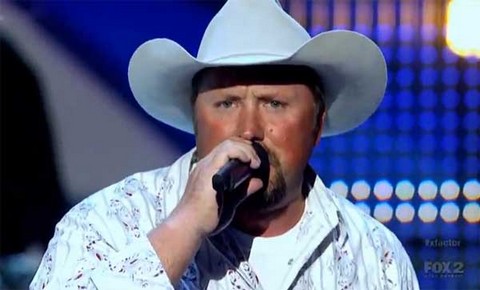 Tate Stevens, the country crooner on X-Factor USA, might be a multi-millionaire at the end of the week. When the second season of X-Factor aired a few months ago, millions of fans wanted to see a fresh, new, and unorthodox act to make it to the finale. However, freshness isn’t always the best recipe for success. For the first time since American Idol’s “Country Music” season (Scotty McReery & Lauren Alaina), the music genre that spawned the greatest American “folk” music in history, took center stage again when Stevens delivered consistent country performances every single week. America bought it and Tate made it into the three-act-finale of the biggest music competition in the world.

Stevens’ hearty personality and good-ol’-cowboy attitude has won over the X-Factor’s core voting blocs. He has never slipped from his position in first and second place on the weekly leader board, and was only trumped by Carly Rose Sonenclar during the halfway stretch of the competition. It’s evident that Tate Stevens is one of the most loved competitors in the history of reality talent music shows, and although the country scene is littered with Loretta Lynn-wannabe’s and Tammy Wynette-willneverbe’s, Stevens has been able to carve out his own niche in the massive hall of country music.

Celeb Dirty Laundry’s research elves scoured the internet, YouTube, public opinion polls, and dark, magical caves to find out whether Stevens might win the entire competition. According to our informants in La-La Land and the hard evidence found by our elves, there’s a very, very strong probability that Stevens might walk away with the $5 million prize this week. However, it won’t be a landslide. Carly is currently the front-runner and the prodigy, and beating a prodigy in any reality television show is like climbing a mountain of cotton candy. If Stevens is able to hard-sell his image and gentlemanly archetype, and he is able to kick Carly on a vocally artistic level (a near-impossibility), he might actually be the winner of the show. He will win with the smallest margin in history, but he will still win nonetheless.

If – and it’s a massive “if” – Stevens is able to win over enough independent voters (viewers who vote randomly and/or voters outside of his fan bloc), he might have enough numbers on his side. This is, unfortunately, the most difficult climb in any democratic reality television show. Independent voters usually revert back to their initial favorite when their all-time favorite is voted off the show. It’s very rare to win in this manner, as independent voters do not typically vote for the front-runners – they vote for the underdogs; or in this case, Fifth Harmony.

Only time will tell whether Stevens will be able to do all of the above and walk away as the winner of the greatest reality television show on the planet.

Who do you think will win? Who is your favorite? Who are you voting for? Let us know your thoughts in the comments below. Remember to bookmark Celeb Dirty Laundry and check back here ALL week for our X-Factor finale extravaganza – we tune in so you don’t have to tune out!