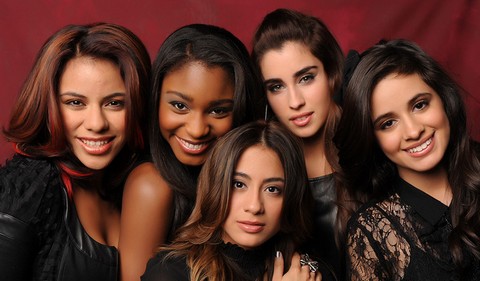 Fifth Harmony had a bit of a rough ride on the X-Factor USA. They were teetering on the brink of elimination near the penultimate phase of the competition, but they managed to kick dust in Emblem 3’s eyes and shove themselves into the final three like an overweight woman at a French fry bar. We know group acts don’t fare well on X-Factor. In fact, only one group act ever won a season – Little Mix in the UK’s version of the show. Independent voters – those who do not have a favorite act and/or lost their favorite act – do not connect on the same personal and emotional level with a group as they do with a solo act. However, most viewers of shows like X-Factor do not realize that the independent voting bloc is the most important voting demographic in the entire competition. They can – and they will – make or break you.

In all honesty, there is no chance whatsoever that Fifth Harmony will win the competition. They are excellent vocalists and have endearing personalities, but they are being completely dominated by the Carly Rose Sonenclar/Tate Stevens voting blocs. Even if there are enough independent voters to change the core of the competition, Fifth Harmony will still not receive enough votes to win. As mentioned above, independent voting blocs are inclined to stick to a solo act due to the lack of connection with a group act. Independent voters also tend to follow the leader and shift their votes to the solo act they feel is most deserving of the title. In this case, however, both Carly and Tate are believed to be most deserving of that illusive X-Factor title, so the race is between them.

Fortunately, Fifth Harmony’s third place position won’t spell doom and destruction for the girl group. One Direction, one of the biggest music acts on the planet, landed in third place on the seventh season of X-Factor UK, so there’s a strong possibility that Simon Cowell will push Fifth Harmony to be the US version of One Direction. It’s how the cookie crumbles, and nothing we do, say, or think will change it. These girls do not need the title of X-Factor to be globally recognized superstars – they just need Simon.

Who do you think will win? Who is your favorite? Who are you voting for? Let us know your thoughts in the comments below. Remember to bookmark Celeb Dirty Laundry and check back here ALL week for our X-Factor finale extravaganza – we tune in so you don’t have to tune out.