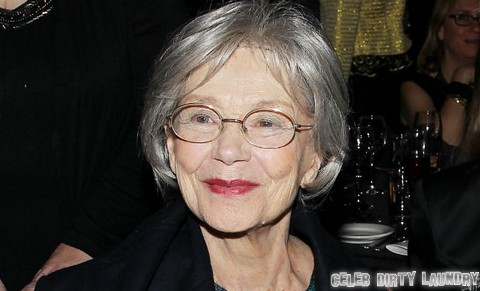 So here we are, just mere days away from the biggest awards show of them all: The Oscars, The Academy Awards! Below are our predictions for the major categories, but this year is actually exciting you guys! We don’t know who’s going to win what! Well, we know Argo will win Best Picture, Daniel Day-Lewis will win Best Actor, and Anne Hathaway will win Best Supporting Actress… ok, I guess we do know who will win what, but at least there’s still a semblance of a race in some categories. So onwards and forwards:

Keep in mind, this is who we think will win, not who we want to win. And it’s a no-brainer: Argo. Ben Affleck’s Best Director snub has somehow worked for him, and everyone and their grandmothers have been giving Argo the sympathy vote. While that’s not what Best Picture should be about, it’s not a completely horrible thing since Argo was actually a very good and well made movie. And hey, at least it’s not the Artist.

Never underestimate the might of Harvey Weinstein. Also, being personally acquainted with Oscar voters helps, and a lot of people I know seem to be voting for the ‘Dark Horse’, which in this case is Silver Linings Playbook.

This is a very, very, very, very, very close race. What started out as the Jennifer Lawrence show slowly shifted to Jessica Chastain during the critics awards, and then shifted back to Jennifer Lawrence during the SAGs [to be fair, not many SAG members got the screeners for Zero Dark Thirty in time], and then the BAFTA went to Emmanuelle Riva. We’re going with Emmanuelle Riva because a large contingent of Oscars voters are old and don’t like giving awards to young actresses unless they’ve really proven themselves [poor Kate Winslet had to wait until her 6th Oscar nom for the award]. Plus, Riva’s turning 86 on Sunday and will probably not get nominated again – how do you not vote for that? In addition to that, those who have seen ‘Amour’have to admit that on a purely technical level, Riva’s was actually the best performance.

Again, don’t ever underestimate the power of Harvey Weinstein. Plus, Lawrence has just been very visible during this entire awards season, and her personality is just so damn charming.

We don’t need to say anything else. Daniel Day-Lewis played Lincoln. ‘Nuff said.

There isn’t one. He’s got this locked up.

Likewise –Anne Hathaway dreamed a dream, and then the dream came true. She will win that Oscar, and she will make a tearful, over-excited, ‘Oh gosh, did I really win’, and overall thoroughly grating speech. Still, she deserves it.  Editor’s Note: WHY!!!! She is thoroughly repulsive!

There isn’t one. Sally Fields, maybe, but not really.

This is another nail-biter of a category. Almost all of the contenders are neck-and-neck at this point. We’re going with Christoph Waltz just because he has the most number of major precursor awards in his pocket already, and again, don’t discount the Weinstein power. This should be interesting though, because Silver Linings Playbook is also a Weinstein film and Robert DeNiro has been more visible on the campaign trail than Waltz. But De Niro’s last decade of making mediocre schlock may play against him.

It’s still Robert De Niro, and the guy hasn’t won an Oscar in years. The Academy may just give it to him for finally acting again instead of phoning it in.