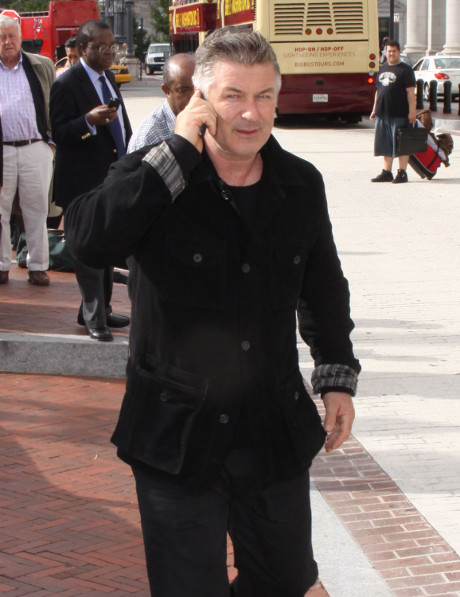 Alec Baldwin has been fired from his gig at MSNBC over the controversial statements he made during his little NYC fight with paparazzi, during which he screamed homophobic slurs down a busy NYC street. Of course, Alec Baldwin said he said no such thing (even though it was captured on camera) and that his words were misconstrued. After the kerfuffle, Alec went into damage control mode, even going so far as to hiring a gay hairdresser (an action that was apparently supposed to profess his love for gay people) and claiming that he’s loved many men in his life. Just more ridiculosity and eye-rolls in the Land of Baldwin.

Well, many people aren’t buying this crazy-man’s lackluster apologies and some are just downright done with Baldwin, who has a proclivity for lashing out and generating unneeded controversy.

The news network MSNBC, which airs Baldwin’s semi-unpopular Up Late with Alec Baldwin, has decided to cut their ties with the actor. A rep for MSNBC says that the parting of ways was mutual and that the network “Wishes Alec all the best.” Yep, I bet they do, so long as he doesn’t have to work from their studios.

What do you make of Alec’s constant tirades, which always end up generating so much controversy? What about you, faithful Alec fans, what do you think of his messes?