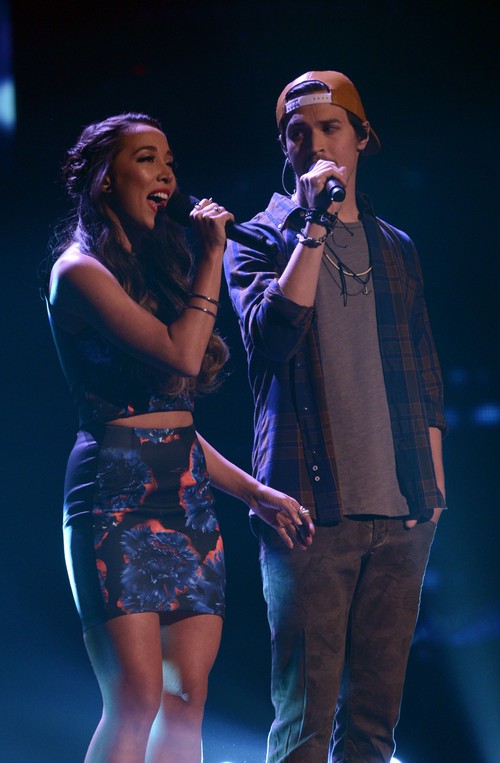 Alex & Sierra took the stage  on THE X FACTOR USA for their Top 3 FINAL live performances to impress America with their songs.  From team Simon Cowell, Alex & Sierra sang “Give Me Love”  by Ed Sheeran. On tonight’s show the top 3 performed live in front of coaches Simon Cowell, Kelly Rowland, Demi Lovato and Paulina Rubio for America’s vote and to be crowned the ultimate winner of The X Factor Season 3.  Did you watch tonight’s performance show? We did and we recapped it here for you.

Judges’ comments: “I am so happy we are able to see how far you have come.  Your vocals the way you easily go in falsetto is amazing to me.  You all sound even better now.  Any label would take you now.”  Demi said, “I am so blown away.  I listen to your live recordings on my iPod.  I am a fan.  Sierra you have come so far.”  Paulina said, “Just  to see you every week with something different.  The tone of your voice  is unique.  When you guys sees other, the world needs this. The love, you guys have the X Factor.”  Simon said, “It  has been an honor working with you.  You are exactly the same on the show as off.  I believe I found a group that can represent America around the world.”  If you want Alex & Sierra to stay around another week you have to vote for them.  Right now it is anyone’s game and it is the last chance for the acts to impress.