Amanda Zuckerman and McCrae Olson Moving From Big Brother 15 to The Amazing Race? 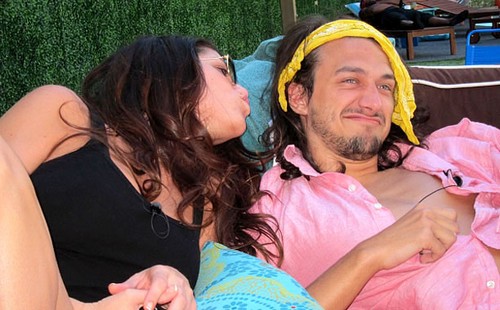 So much drama has happened in this years’ Big Brother 15 house and if you don’t know by now that Amanda Zuckerman is a Reality TV wannabe, then you must live on another planet!

Amanda started her reality acting career by working on Who Are You Wearing (TLC) in the editorial department, the TV series Jessie James is a Dead Man (Spike TV) as a crew member, and as an actress on Big Shot Live (CBS web series); which by the way, not only was Allison Grodner the casting director for Big Shot Live, but Amanda admitted that her ex-boyfriend was the editor of that show. Which fast forwards us to her current reality acting job on Big Brother 15.

But hold on, you might be wondering how Amanda ever got into reality TV in the first place, well we have the answer… Mike “Boogie”. Yep, Amanda worked for Dolce Group which is partly owned by Mike Malin aka “Boogie” and they have become besties.

Now, even though Amanda would like us to think that she prefers to work in real estate, there is no doubt that this chick is total famewhore wannabe. During the Big Brother live feeds she told her current boyfriend and fellow housemate, McCrae Olson, that she would like for them to move to California when she wins Big Brother and then go on The Amazing Race.

This all makes sense now, because CBS has been giving her so much publicity, so this is like a commercial for her; they would love to bring all the controversy and ratings that Amanda creates to their other realty show; it’s literally like bringing the bees to the honey which equals huge amounts of cash for CBS.

Amanda and McCrae’s jump from one realty show to another would not be the first, they would be following in the footsteps of Rachel Reilly and her boy toy Brendon Villegas who already took the leap from BB to Amazing Race. And, CBS also covered up Brendon’s slurs just like they have been doing with Amanda’s slurs and employ both on many of their shows.

So what do you think of Amanda and McCrae joining Amazing Race? Will you be watching or have you had enough of McCranda to last you a lifetime?