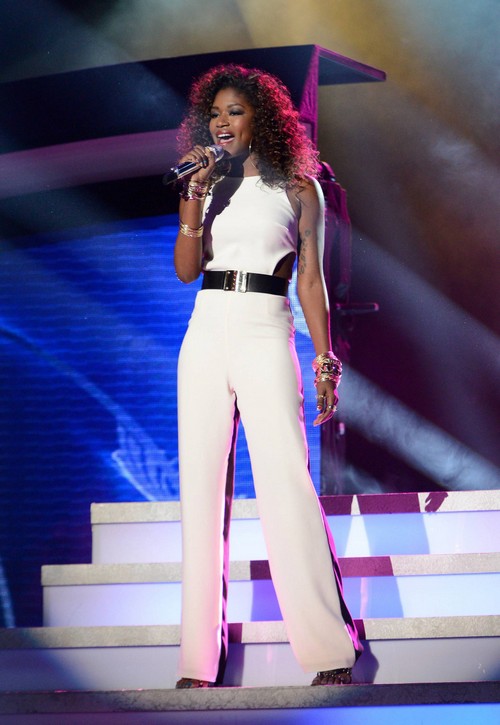 AMBER HOLCOMB performed “My Funny Valentine” by Mitzi Green/Chet Baker (Reprise) for her Top 4 AMERICAN IDOL “Then Song Choice” performance tonight. Did you watch tonight’s show? We did and we recapped it here for you. The stakes are high tonight, each of the remaining ladies wants to WOW the judges and the viewers at home, to land a coveted Top 3 spot!

On last week’s show Amber sang for the first round, “The Power Of Love” by Celine Dion. Keith said, “the song was tailor made for her voice and it was an amazingly perfect song choice.”  For the second round Amber sang, “MacArthur Park” by Richard Harris. Nicki said,“she’s effervescent and she likes that she takes chances. She has come such a long way. Out of the four girls, she’s the one that she’d want to get to know.”

Check out the video below and let us know what you thought of Amber’s performance tonight? Was it enough for her to stick around another night? Sound out in the comments below and let us know your thoughts.  If you missed Amber’s other song tonight, “Just Give Me A Reason” the VIDEO IS HERE!