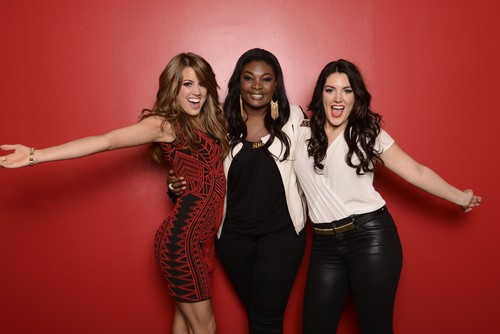 AMERICAN IDOL returns to FOX with a new episode and tonight each of the remaining 3 idols, Candice Glover, Kree Harrison and Angie Miller are back again.  This week the hopeful Idols will perform 3 songs each, one will be picked by the judges, another by Jimmy Iovine and the third by the producers.   Did you watch last week’s show? We did and we recapped it here for you!

On last week’s show the 4 idols were back again after a non elimination week the previous week.  The theme for the week was “Then and Now,” which meant contestants sang both a standard and a song from 2013.   Votes were combined from the Wednesday night performance shows on April 24 and May 1 in a special Idol two-week showdown.  By the end of the evening Amber Holcomb was eliminated.