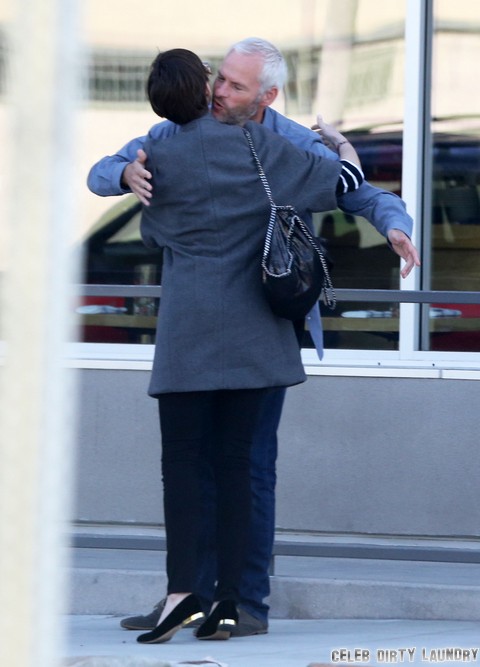 We reported that lovely Anne Hathaway was caught most scandalously getting cozy with an older gentleman earlier this week. The two enjoyed a vegan lunch and some light grocery shopping before sharing a tender hug and kiss goodbye, and it has us wondering just how her marriage to Adam Shulman is getting on! The actress just won an Oscar for her performance in Les Miserables, a part for which she famously dropped 25-pounds. Since filming wrapped, she’s claimed to be slowly putting the weight back on, but she doesn’t look an ounce heavier than she did last fall!

Now, what are we supposed to do but expect that she’s maintaining an unhealthy weight, possibly fueled by a marriage crisis, or perhaps in response to the overwhelming hate she’s received for being robotic when speaking—for the record, I think she’s divine and can do no wrong, but that doesn’t mean I want to see her quite this thin! The actress encouraged anorexia rumors with a weird lunch order at the exclusive Chateau Marmont.

Anne “ordered a vegetarian sandwich served on a hamburger bun with a salad on the side, lifted off the top bun, then daintily pick-pick-picked at her alfalfa sprouts, periodically popping them into her piehole one by one,” reported National Enquirer, print edition March 18, 2013. I’d normally suggest that she might be recovering from a large breakfast, or experiencing a totally normal not-hungry period, but her slim figure says otherwise.

Anne put her body through hell to play Fantine, and now is the time for her to gain weight and get back into a normal diet plan. Do you think Anne is struggling with work stress, a marriage crisis, or is she just a picky eater? Should we be worried about her health? Should she have gained the weight back by now, or has she redefined her own healthy weight goal? 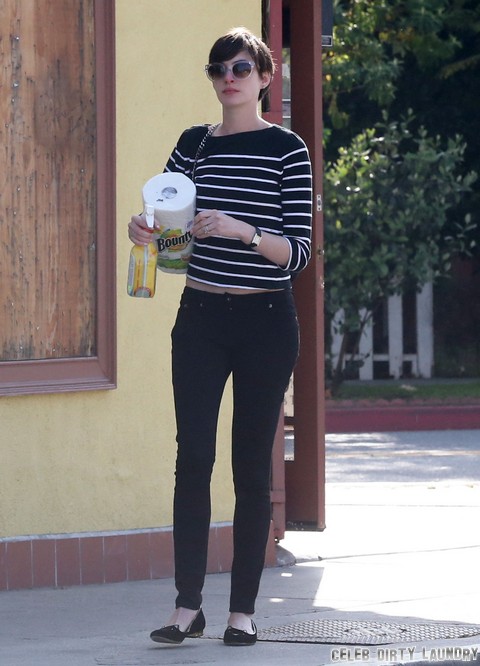