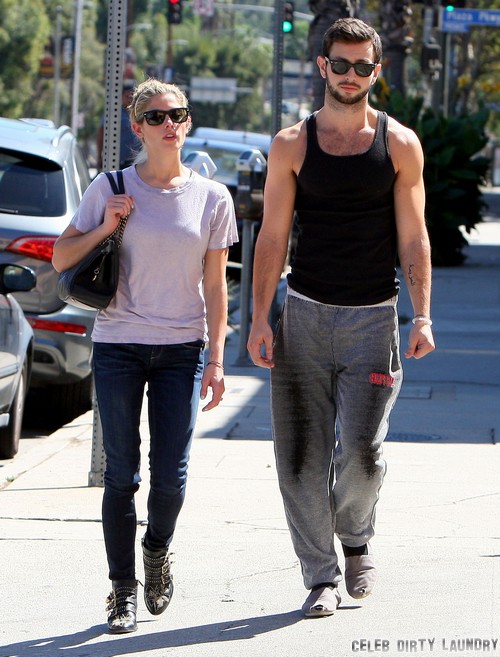 Has Ashley Greene finally stopped famewhoring through her romantic relationships and hookups? The actress, who has been linked from everyone to Joe Jonas to Jackson Rathbone, is reportedly engaged to model Paul Khoury.

Ashley and Paul were spotted lunching the other day, when paparazzi managed to get pictures of a massive engagement ring on her hand. Now, I wouldn’t put it past Ashley to pull off a stunt like this just to draw attention to herself. After all, it has been years since the release of the last Twilight movie, and she really hasn’t been relevant since then.

There’s also the fact that her new movie, CBGB, is out in limited release and is set to come out in wide release later this year. Since Ashley has timed her relationships in the past to coincide with major promotional events in her life, this wouldn’t be the first time she used her relationships to publicize something.

Obviously, many actors and actresses use this type of publicity to promote their movies, and even A-list stars like Jennifer Aniston and Angelina Jolie are not above it. But that brings us to the question – is Ashley Greene really engaged or does she just want you to think she’s engaged?

Funnily enough, I don’t think that Paul Khoury guy minds being used for publicity. According to reports, he used to date Miley Cyrus or at least, he was ‘linked’ to her earlier in the year. Considering that Miley and Liam were still ‘dating’ at the time, who can attest to the accuracy of those reports.

Do you guys think Ashley Greene is really engaged to Paul Khoury? Or is it just a publicity stunt to gain attention and promote her new movie? Let us know your thoughts in the comments.