Ashton Kutcher Officially Files Divorce From Demi Moore to Keep Himself Out of Financial Trouble! 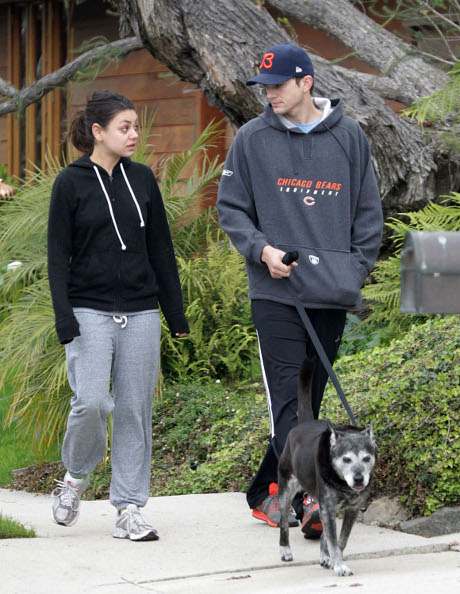 There has been a lot of speculation about Ashton Kutcher’s divorce from Demi Moore — particularly the timing of his filing for divorce. The couple has been over for more than a year but why on earth did Ashton deliver the final death blow a few days before Christmas? Was it a gift to his current main squeeze, Mila Kunis? Supposedly she has been pressing the issue. Or maybe he got sick and tired of allowing Demi to control the situation.

Ashton had originally waited because he wanted Demi to pull the plug when she was ready. As CDL has repeatedly told you, Demi has been a bag of nuts ever since Ashton walked out, so it seemed that he was respecting her struggle with things and was allowing her to file the paperwork when she was strong enough.

Strong enough has never come. Instead she parties hard with toyboys, alienates her kids, and resents Mila with every bit of energy that her old, worn out body has left. All of these issues amount to some great reasons for Ashton to take matters into his own hands once and for all. It’s time he controlled his own destiny here, obviously. However, legal experts are actually speculating that the filing coming late in December may also be for tax purposes. Ashton doesn’t want to begin 2013 connected to Demi on paper financially. While there are all of these emotional reasons to file for divorce late in December, we all overlooked that pretty big financial one!

Whatever the true story is, we know that Demi didn’t take it well. In spite of having lived separately for a year, she was still crushed by the filing. Do you think Demi will now drag out the legal wrangling for as long as humanly possible? Do you think the Ashton Kutcher/Demi Moore divorce will be another nasty celebrity divorce? Tell us your thoughts in the comments below!