Bethenny Frankel Already Capitalizing From Her Divorce, Was The Whole Marriage Fake? 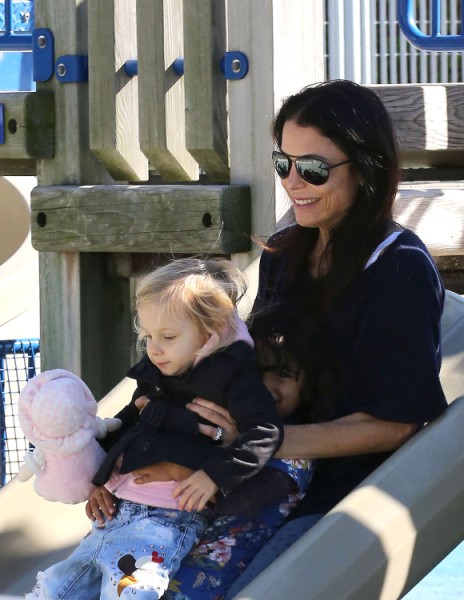 I don’t know why I even bothered asking that question. If you’ve been reading my posts for awhile you know how I feel about the whole thing but I’m trying to make this interactive so go with me.

Bethenny Frankel’s writing a book on the Jason Hoppy divorce and life as a single mom. Well, of course she is! That’s the natural progression, right? If anyone knows how to make limoncellos out of lemons it’s Bethenny Frankel – single mom/millionaire/extraordinaire.

According to a source from Radar Online: “Bethenny has been writing and documenting her feelings in the beginning stages of the divorce. The book will explore the struggles and compromises all single mom face. It will deal with the delicate balancing act that is being a single mom, and the guilt she feels because her daughter Bryn will now come from a broken home, something she never wanted for her little girl.”

This eerily reminds me of Caroline Manzo. Remember when Caroline said this about Teresa Giudice and everyone freaked out? “Prediction: Something may happen where someone has to go somewhere. Teresa’s going to have to pull herself up on her bootstraps and take over. She’ll say, ‘You know what, I tried. I stood by him, but I have to divorce him now. And I’m gonna show my daughters what it’s like to be strong and independent on your own and survive.'”

Now, Teresa never married Joe for the cameras. Their marriage was firmly established and screwy before her head blew up over the fame but Bethenny knew exactly what she was doing. She couldn’t sell a spin-off to Bravo without the drama. She needed the baby and the man and now she has the book deals and the talk show. She doesn’t need the man anymore. She always said she only wanted one kid. She got it. Let’s move on and capitalize!

Is the nasty divorce starting to make more sense now? Do you see how it’s actually beneficial for Bethenny? It’s headlines. You can’t sell a book without headlines nor can you stay relevant. What’s the purpose of having a beard husband if you can’t divorce him in style for all the world to see? But I still can’t hate her! Bethenny’s easier to read than a picture book but I have to respect her in some odd, sick way. Biotch is opportunistic and hungry. Two claps.

Are you surprised Bethenny Frankel’s writing a book? Do you think the whole marriage was just a facade to get her to this point in her career?