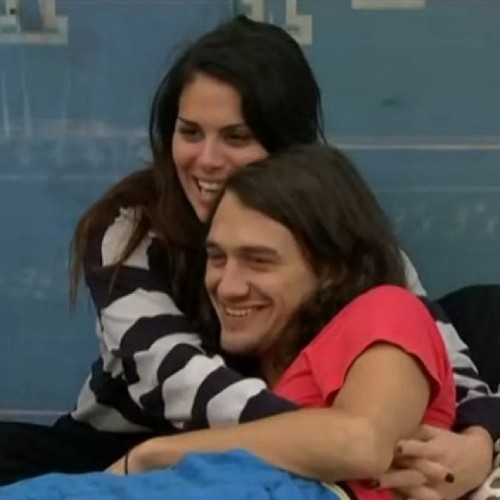 Big Brother 15 brought us one of the most controversial showmances in Big Brother history; McCranda. Eighty percent of this showmance is made up of the loudest and vilest racist bully from Florida to ever appear on reality TV, she talked smack about everyone and made racial slurs again and again, Amanda Zuckerman. The other twenty percent makes up a shy pizza boy from Minnesota who honestly doesn’t know any better, McCrae Olson.

Amanda not only bullied the other house guests with her taunting and  racial/homophobic slurs, but she also threatened to dismember and kill a few of the house guests. While McCrae didn’t do anything as bad as Amanda, he sat there most times and said nothing, which is just as bad in my books. If that doesn’t disgust you, the two bragged about having unprotected sex in the house! They are vile and disgusting. CBS has done nothing to make Amanda take responsibility for her actions, in fact, CBS loves the ratings so much that they are going to put her and her boy toy on another one of their reality shows, The Amazing Race.

McCranda even has a petition out there for you to sign to help them get on the show, but hey, who are they kidding? It’s not like they need a petition since CBS is so behind Amanda that they will put them on anyway, with or without it. CBS knows that McCranda are a new cash cow and they plan to exploit the shit out of them –  and us.

What really surprises me the most about these two famewhores is how much support they are getting from America. I have read on their TAR Twitter Hashtag things like, “total opposites,yet they work so well together! love them!“, “whats next for this power duo after taking on the BB house? Conquering the world!“, “how can you not love & want McCranda?“, “if Amanda & McCrae were on TAR, I would never miss an episode!” and “I need more of McCranda on my TV“…. has America completely lost its mind?

Suicide is the leading cause of death among young people today who are bullied in American, then why are Americans letting one of the biggest bullies ever to appear on realty TV allowed to continue to spew her hatred on yet another TV show.