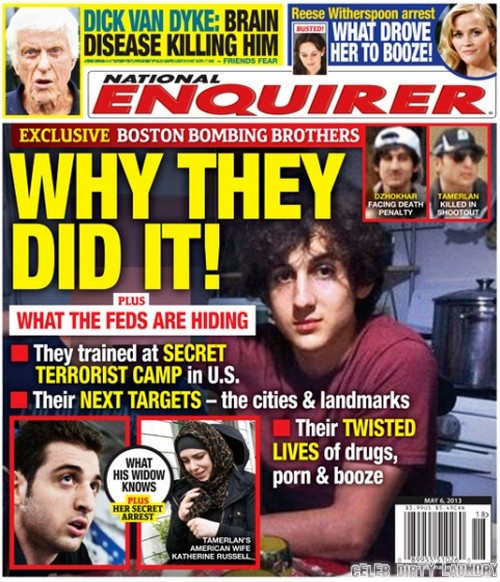 In the aftermath of the Boston Bombings, we are getting bits and pieces of information that are trickling out into the media. The main bombing suspect, Tamerlan Tsarnaev, apparently recruited his wife to do a bit of a loyalty test for him.

Now that he has been killed, many are curious about what his wife, Katherine Russell, knew about his plans with his little brother. Did she have knowledge of his plan to claim the lives of innocent people? They got married and she converted to Islam for him and it was said that he beat her occasionally. Obviously being controlled, Katherine performed a test of her loyalty to him at his request.

A friend of Katherine’s revealed, “Tamerlan had an iron-clad grip on Katherine. He turned her from an innocent all-American girl into a terrorist bride – and she may unwittingly be hiding information that’s vital to national security.”

In 2007, Tamerlan recruited Katherine and another friend to shoplift at an Old Navy store in Warwick, Rhode Island. They thieved $67 worth of items on June 26, 2007, but it was enough for Tamerlan to know that she was committed to him. She was charged with misdemeanor shoplifting and had the case dismissed after completing her community service as well as paying a $200 fine. A source added, “Katherine didn’t need to shoplift those items. It appears Tamerlan recruited her to do it as a test of her loyalty to him.”