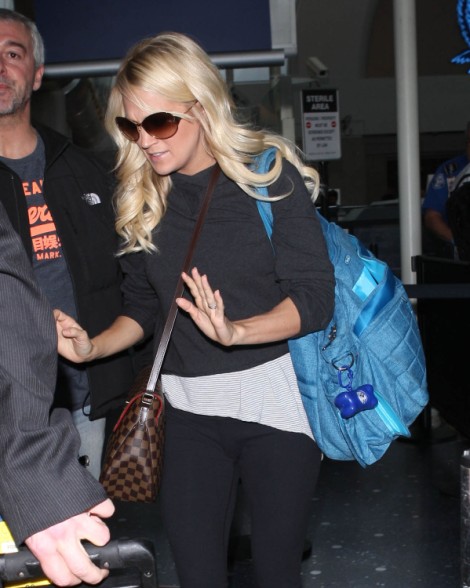 I usually can’t stand Carrie Underwood whenever she opens her mouth. She just rubs me the wrong way for some reason. She didn’t really do anything. It’s not her fault. We just don’t have a connection. We’re both OK with this. But that’s only when she’s not talking about Taylor Swift. Whenever Taylor comes up we’re besties forever because you can just imagine the grimace on her face. Whenever I read Carrie’s interviews I can sense her pout, her pursed lips and her shifty eyes. It’s never disappointing and, lucky for us, she struck again!

Carrie recently addressed the Taylor Swift feud rumors with Gayle King on CBS This Morning. She denied the animosity saying, “No, not that I know of at least,” and went on to throw Taylor a backhanded bone. “I really like ‘I Knew You Were Trouble’. It sounded a lot different for her. I liked the branching out, trying some different sounds.”

So now let’s play our favorite game – What did Carrie REALLY say? I think it went something more like this: “I’m not feuding with that one-trick pony because I try to never, ever think about her. EVER. And I like her new song. It’s way different than the trite bubble gum nonsense she usually sings. It’s good the immature and talentless girl is trying new things. She needs it.”

No? Really? If you think Carrie told Gayle what she really meant in that interview then you are sadly mistaken. But that’s why we love Carrie! She truly can’t help herself. Whenever Taylor comes up she has to stick it to her in some way. I’ve seen a couple minutes of that Nashville show. This is how it’s done and it’s fabulous! It does seem a little one-sided though. Taylor never seems to react. She’s probably too busy thinking of ways to mock Harry Styles in her upcoming tour which is too bad because this could be a healthier diversion.

Is Carrie Underwood rude in her response? Did you pick up some jabs in there or is it just me? All I have to say is if she keeps answering questions like that the Carrie Underwood/Taylor Swift rumors won’t go away anytime soon!