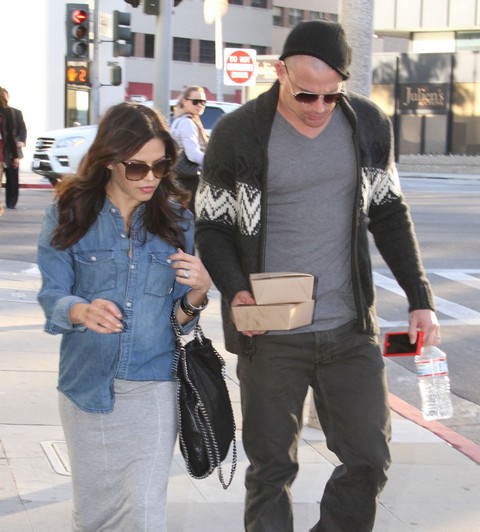 The Fifty Shades of Grey film adaptation is upon us. Film industry insiders have noted that this is perhaps the most important lead role in modern cinematic history, and thousands of actors, from all walks of life, have been campaigning heavily to be cast in the film. Currently, Vampire Diaries star Ian Somerhalder has been heavily touted for the role, but nothing has been confirmed yet. Several other actors have also shaken their butts and grinded on a stage – literally – to get the role of a lifetime.

One such actor, Channing Tatum, has dropped several Grey bombs in the past, including this one line of wisdom – “I like being in my underwear on the couch. I’m not a morning person and I’m really good at sleeping.” We are so happy to hear that, Channing. We doubt this will make an iota of difference to the casting war currently raging in Hollywood, but thanks for these words of wisdom – we appreciate it, we really do.

In any case, Tatum would be a perfect lead for Fifty Shades. He starred in Magic Mike – and ten million females (and males) lost their popcorn. He used to be a male model – and the internet broke because of his underwear shoots. He is an all round nice guy – and a million fans drooled on a window. He could be an excellent Christian Grey, but we highly doubt he would ever get this lead role. Yes, he has clout in the industry, but Fifty Shades will typecast him and make him look like a sexually charged actor with nothing more than big ears and cool dance moves.

What do you think readers? Do you think Channing Tatum will make for an excellent Christian Grey? Who else do you think should be a contender? Let us know your thoughts in the comments below!