Charles Lindbergh Behind Kidnapping and Death of His Own Son? 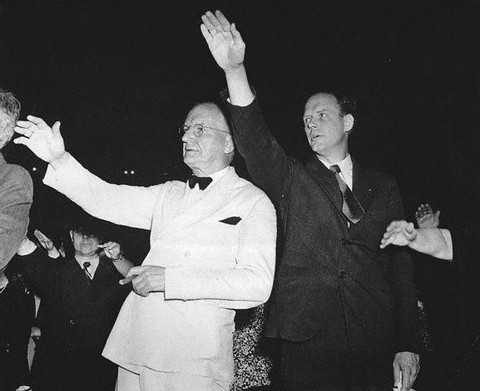 Charles Lindbergh (above in the dark suit with the ‘heil’ salute) stands accused of being involved in the kidnap and subsequent death or murder of his own baby son, Charles Lindbergh Jr., according to a remarkable book which GLOBE explains in detail in the February 25th print edition. Author Lloyd C. Gardner, professor emeritus at Rutgers University, claims in “The Case That Never Dies” that evidence points to fatal flaws in the official version of the case.  The Lindbergh kidnapping saw Bruno Hauptmann accused, charged, convicted and executed for a crime that he maintained right up until his death he didn’t commit – in fact he swore he had no involvement whatsoever.

Circumstances and evidence show that it is most unlikely that baby Lindbergh was kidnapped by one man, Hauptmann, as the prosecution claimed.  But more importantly, evidence of the extreme nature of the birth defects of Charles’ son provide the motive for the pro-Hitler Nazi sympathizer to want his deformed son ‘gone.’  Lindbergh was a perfectionist and over-achiever, traits congruent with his pro-Nazi ‘superman’ beliefs, particularly those in eugenics and Teutonic racism.  Having a baby, a son, with birth defects was a nightmare that Lindy couldn’t abide.

“What we know about Lindbergh’s character is his desire to spread his healthy genes and his belief in the eugenics movement, which goes hand in- hand with his pro-German feelings before the war,” writes Gardner.

“His secret affairs later in life, starting in 1957, with three women in Germany, two of them sisters, which led to seven children besides the six he had with his wife, Anne Morrow Lindbergh, are reminiscent of an experiment.”

Does the fact that Lindbergh was a Nazi sympathizer, ardent racist, and eugenicist prove that he was behind the kidnapping of his own baby? No. But is certainly helps make sense of a case that has never truly been solved even though Hauptmann was executed for the crime. It’s important to remember that while Hauptmann was convicted the only evidence against the patsy was that he was found with money that had serial numbers matching bills used to pay the $50,000 ransom for the baby’s safe return. The theory that the wealthy and well-connected Lindbergh had the baby kidnapped and murdered because the child was, in his Nazi-crazed mind, defective and deformed, make good sense. 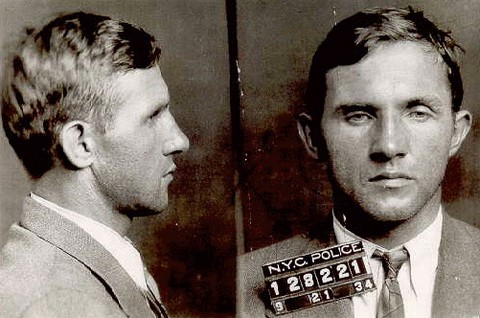